What Is Death Cross In Trading? Here's All You Need To Know

What Is Death Cross In Trading? Here's All You Need To Know 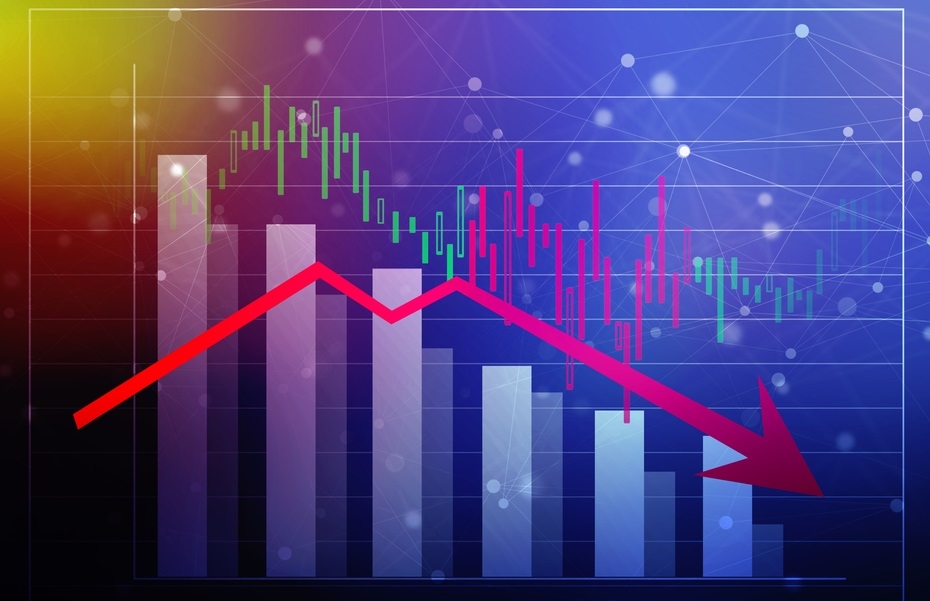 Most people trading in the financial markets may not be aware of what is death cross in trading. For them, trading in the markets only involves purchasing and holding some instruments in the hope that the holdings will see an increase in their value over time. But for many traders out there, trading in the markets also involves reading the trends of the markets, looking at the price charts of the various instruments, and finding out the signals that might say that an asset may decline or increase soon. These signs are widely called chart patterns and are symbolized by some shapes that come in an instrument's candlestick chart and help forecast future movements. It is still being widely debated among experts whether technical indicators are the outcome of mass-market psychology or are self-fulfilling. But we can say with some conviction that some patterns of charts tend to be quite accurate when predicting changes in the financial markets. One of the most crucial ones among them is the death cross pattern. Let us learn more about what is the death cross in trading in the financial markets.

What is the Death Cross in Trading?

The death cross pattern in a chart shows the increasing weakness in the price of an instrument. It has different lines that are known as moving averages. Each moving average line is created by finding out the average price over a specific period and utilizing those points to develop a smoothed line. For instance, the average of the five-day subset is found for any multiple-day moving average. Then a line is drawn that connects all the various points of data. If the trading activity increases suddenly, more traders start to purchase an asset. This will cause the line to grow. The death cross pattern utilizes the moving averages of about two months and a year. The longer time frames mean that the lines are not going to be very affected by movements in the short term. These lines become more useful or find out the market's long-term sentiment or the financial markets' overall tone.

What is a Golden Cross?

This technical pattern happens when the short-term average price exceeds the longer-term average price. Suppose the former is more than the latter. In that case, it shows that the recent sentiments around the price of an instrument are optimistic and may lead to a breakout. This is something that is seen by the upward momentum in the price of an asset. When the traders in the market try to spot such a cross, it is usually seen as a positive sign. The traders are then able to create a strategy around their own interpretation of the cross. The usual averages used when searching for these crosses are similar to those used during the death cross pattern. The traders in the financial markets will often utilize the shorter average price movements to spot these crosses as well. But the lengthier the averages utilized when finding a golden cross, the more robust the indicator is when forecasting upward price movements.

As one seeks to trade in the financial markets, it is vital to find out what is the death cross in trading and have the skill to find out what they may be forecasting. Regardless of your trading style, the indicators give great insights into the future movements of prices and the sentiment in the market. An analysis of these time-tested patterns can give a lot of insight into strategies for trading. It can also be as easy as timing when selling or purchasing any asset.

What is the Death Cross in Trading in Terms of Reliability?

Golden crosses and death cross patterns are seen to be quite reliable when it comes to getting trading signals from them. It is vital to find out how to use them in light of your personal investing aims. You may be a long-term buyer in the financial markets and look to hold your assets. Then, these crosses may be a good option for you to select strategies for purchasing assets when the prices are down. You may want to trade instruments in the financial markets more actively. Then, these crosses show signals that can be interpreted for both selling and purchasing chances. But it would be great to utilize the other signals to assist trading. A death cross pattern is a lagging indicator. This means that it shows a stock's past performance and present or future performance. There are other lagging indicators such as the labor cost per unit of output, corporate profits, and the unemployment rate. The appearance of any death cross pattern becomes much more meaningful when mixed with some other indicators out there.

Phases of A Death Cross

There are various phases involved when it comes to the development of a death cross pattern. The first phase sees the increasing value of an asset that touches its peak, and the momentum starts owing as the sellers become more than the buyers. In the following phase, the cost of the asset starts to decline until a death cross pattern happens. This usually happens when the short-term moving average goes below the long-term moving average. In the final phase, the appearance of any death cross pattern alerts the entire market to the bearish trend. This causes the instrument to lose its value over the longer term. Investors sell into the pattern when the trading volumes are higher after the appearance of a death cross pattern. This confirms that the downward trend is going to continue.

What is the Death Cross in Trading Limitations

This pattern is a lagging indicator. So in various cases, the bearish times it shows may have already happened and gone. When the pattern is not backed up by any other technical indicators, it may signal that the downtrend is for the short-term, and investors will not have a lot of time to buy into the dip. The traders and investors should also check out the overall trading volume, the moving average convergence divergence, and the Relative Strength Index. These show whether a trend is losing momentum or gaining it.

Finding out what is the death cross in trading puts another technical indicator into a trader's toolbox. The mainstream media usually says that the pattern signifies the start of a recession. But it usually is a small indicator, not one of the major ones such as average hours worked, initial jobless claims, purchasing managers' index, and consumer confidence index.