What Is The Difference Between Monetary vs. Fiscal Policy

What Is The Difference Between Monetary vs. Fiscal Policy 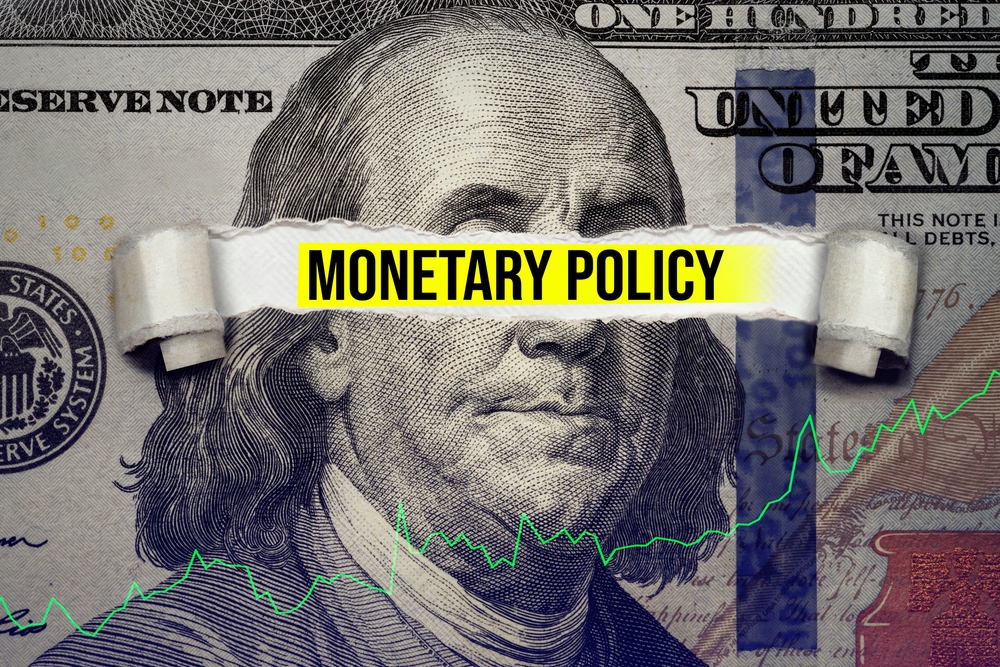 Nearly thirty years ago, the presidential campaign advisor for Bill Clinton told his staff that the economy is what matters to most of the voters in the country. Some of the most broadly known tools to influence the overall national economy and keep the citizens satisfied are fiscal and monetary policies. The former falls under the control of the President of the United States and Congress. At the same time, the latter is controlled by the Federal Reserve. Both of these policies play critical roles in stabilizing the nation's economy. This article will teach all about the difference between monetary and fiscal policy. You will also find out how they impact the economy. So, let us dive in and solve the question of monetary vs. fiscal policy.

Professor Robert R. Johnson of the Heider College of Business at Creighton University said, "For instance, the Federal Reserve has a dual mandate of price stability and maximum sustainable employment. It is difficult, if not impossible, to determine how long it takes for Fed actions to work their way through to the final goals. The economy may benefit from increased fiscal spending or lower tax rates currently. Still, by the time lawmakers are able to pass appropriate legislation, the economy may have turned and may not need fiscal stimulus. The Federal Reserve can pivot much more easily with respect to monetary policy than Congress can with fiscal policy."

Many people get confused regarding the difference between monetary and fiscal policy. This is because both have been created to get stability in the nation's economy. But the people who are responsible for controlling them approach both these methods in different ways. The main difference between monetary and fiscal policy can be found in the meaning of the names of both policies. The monetary policy talks about the supply of money or the amount required to be spent. Fiscal talks about the budget or how the money is going to be spent. The monetary policy talks about manipulating the money supply and the interest rates and is the function of the Federal Open Market Committee. The fiscal policy finds out how the present supply of money is going to be spent. It is the work of Congress and the President of the United States. They use the overall tax policy and the legislation related to spending to get the economy's stability.

Monetary policy can be widely seen as either contractionary or expansionary. The policy is set by the Federal Reserve. It is a non-governmental organization established by Congress nearly a century ago. A committee meets more than seven times a year to control the monetary policy. It controls the overall money supply by selling or purchasing securities on the open market. It modifies the reserve requirements for the federal banks. It lowers or increases the interest rate that the Federal Reserve charges the financial institutions that borrow from it. It is called the discount rate. By causing an increase in the money supply, the Federal Reserve can lower the interest rates, give a lift to the financial markets, decrease unemployment, increase the gross domestic product, and make borrowing simpler. When hyperinflation or inflation looks to go above the necessary level, the Federal Reserve looks to decrease the money supply to avoid both events from happening in the economy.

When looking at monetary vs. fiscal policy, the Government's fiscal policy relies on tax policies and spending. It looks to contract or expand the nation's economy to get some aims as those of the monetary policy. But it can use different means to do so. When it comes to monetary policy, the targeted interest rates can put some pressure on inflation or give the required leg up during a recession. It also helps that the Federal Reserve has been created to be neutral. But the overall impact of the monetary policy is quite wide. It causes an effect on the entire economy of the nation. Thus, making any focused implementation of the same is not possible. The Fed committee can implement monetary policy quite swiftly compared to Congress's ability to pass their bills into legislation. But according to our expert, the disadvantage of the monetary policy is the lag between the implementation of the policy and the results.

When the regulators decrease the rates of interest, the overall demand for the money to invest in the national markets also declines. The resulting weaker money makes the goods produced in the nation cheaper and much simpler to export. ON the other hand, without the consideration of the regulators, inflation and hyperinflation can become the outcomes of an overheated national economy. When it comes to the overall monetary policy adopted by the regulators, it is vital to stick to a balanced approach. The ability of the regulators to control a highly volatile national economy using its monetary policies was greatly tested during the coronavirus pandemic. The regulators decreased the short-term interest rates to a value of zero. But that does not prove to be sufficient for the job. Then, the committee started to buy more than one hundred billion dollars worth of mortgage-backed securities and bonds each month.

All these steps had been created to increase the money supply in the economy and keep the interest rates low. This was supposed to help the overall economy, which had declined by nearly twenty percent. The steps taken by the Federal Reserve helped to restrict the length of the recession to only a couple of months. This is why many believe that the monetary vs. fiscal policy debate is won by the former.

As with monetary policy, fiscal policy can slow down or speed up the economy. This hinges on whether the aim is to regulate inflation or give a leg-up to the economy. When the administration sets the overall fiscal policy, it utilizes some tools that are different from what the Fed Committee does to get the same stability in the nation's economy. This permits fiscal policy to have a more focused effect on the areas of concern in the economy. When the administration wants to give a boost to the economy, it does not increase the supply of money. Instead, it tries to increase the overall demand in the economy by taxing less and spending more. When it is looking to pull back, it puts a policy to increase the taxes, eliminate the spending, or do both. More critically, the administration can also target the overall spending. This is something that increasing the supply of money does not do when seen in the light of monetary vs. fiscal policy. The policy can focus on geographic locations, individual industries, the poor, and more.

The administrations are seen to be political. So, there is always a chance that the money will go to the most influential and prominent voices. It can also be spent on the wrong things. Using taxation to control the overall money supply permits for the same focused targeting as spending. But it is also subject to a lot of political influences. As with the spending programs, there are chances of missed incentives. The lag in time between the implementation and the results is much shorter with such a focused fiscal policy. But the overall legislative process used in this method has its own delays when it comes to implementation. This is an important factor when it comes to the debate on monetary vs. fiscal policy. The fiscal and monetary policies have given a lot of assistance and relief to the citizens during the coronavirus pandemic. On the side of fiscal policy, the American Rescue Plan Act is one such prominent example.