How To Trade Triple Witching Hours In The Markets

How To Trade Triple Witching Hours In The Markets 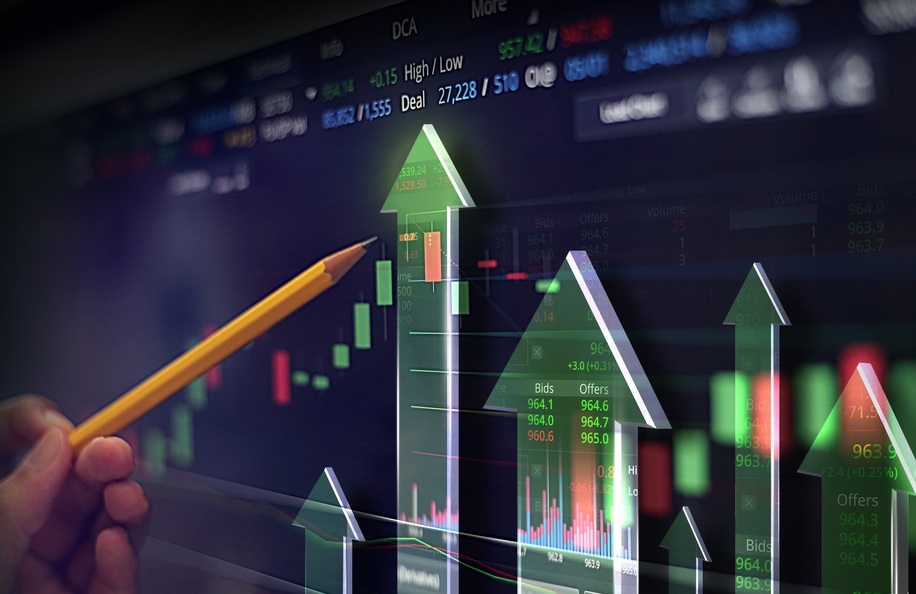 Triple witching hours seems like the title of a scary movie. But it is a very important term in the financial markets. Derivatives and options traders know about it quite well because it refers to when different kinds of contracts expire together. This happens only a few times a year and can lead to many fluctuations in the prices of instruments in the financial markets. This is because the big institutional traders roll over their futures contracts to release their cash. When they do so, it leads to a lot of trading volume. This can be nearly double the usual volume. This is more so in the final trading hour of that day. But retail investors need not be too scared. Some traders might even see these fluctuations as a chance to make some profits.

There are several contracts that expire during triple witching hours. The first among them is stock options. These are contracts that are taken out in the direction that the prices of stock can take at a future date. Unlike shares, they are not an investment in any firm. These contracts give the right to sell or buy the shares of a firm at a later time frame. The call options allow the trader to purchase the shares of a stock at a fixed price. It is called the strike price that is taken on or before the date of expiration. The put option gives the trader the right to sell the shares. Another of the contracts that can be traded during triple witching hours are index options. These are futures contracts on any stock index. These contracts are also settled in cash. Index futures are futures contracts on the equity indexes. These contracts are also typically settled in cash. A futures contract is also known as an anticipated hedge. This is because it is utilized to lock in the prices on future sell or purchase transactions.

These hedges are a good method to safeguard any portfolio from declines in the financial markets without selling any holdings. It is also good to note that sometimes in a year, the single stock futures also expire during triple witching hours. This adds another instrument to this cauldron. This is why there are some traders that refer to this as quadruple witching. So, these terms are used interchangeably with each other. Single stock futures are contracts of futures that are placed on individual shares. A single contract usually controls a hundred shares. They are used as a tool for hedging that was banned earlier from trading in the country. But the ban was lifted nearly two decades ago by the Commodity Futures Modernization Act. The single stock futures started to be traded on the OneChicago Exchange. But they are only present in the overseas financial markets right now.

How to Trade Triple Witching Hours

In the nation's financial markets, the final hour of the day of trading before the closing bell is rung sees a lot of activity in trading. So, the usual witching hour is seen to be at this hour. In fiction, the witching hour typically happens in the dead of night. It was known as the hour when the spirits reached the peak of their powers. During the Middle Ages, it was not allowed by the Catholic Church to roam outside during this hour. This was to ensure that the people would not get caught in the chaos. In modern times, such things are not taken seriously. But triple witching hours can cause a lot of chaos among all the traders and investors in the financial markets if they do not know what is taking place at that time. As you can think, a lot of volume in trading happens in the financial markets when the index futures, index options, and stock options contracts all expire together. There is a lot of money involved here.

During the triple witching hours a few years ago, more than three trillion dollars in equity options expired. There are many people who are caught unaware and do not know how to trade triple witching hours. They cannot understand whether they should keep their hedges on or speculate. They can also roll or close out their contracts. This is what leads to increased activity in trading. The big trades, especially those that are gained from offsetting trades, can lead to some distortions in the prices for a short period. At the same time as the derivatives contracts see their expiry, the anticipatory hedges that the traders have placed are not required anymore. Thus, traders try to close these hedges, and the offset trades increase the volume. These huge increases in the volume can cause swings in the prices of the underlying assets.

How Do Triple Witching Hours Affect the Financial Markets?

The triple witching hours do not move the financial markets. But it leads to an increase in the trading volumes. The expiration of the futures and options contracts does not result in volatility. But that is caused by the actions that the traders in the financial markets take based on the price fluctuations of the underlying instruments that can be moved because of an increase in the volume. When this takes place, the people wanting to arbitrage try to take some benefits. They make trades that are completed in seconds. Such a trader seeks inefficiencies in the prices of a security and then tries to make a gain by selling and purchasing the same instrument simultaneously. But this can involve a lot of risks. When we look at history, the triple witching hours is neither a day of only declines nor increases for the financial markets. There is no particular trend.

Usually, time does not move the markets a lot higher or lower. It just leads to a sudden increase in liquidity and volume. But, it is also vital to note that the volumes in the markets also tend to be more on the index rebalancing day and when the wider macroeconomic news events occur. These events lead to large moves in the financial markets when combined with triple witching hours.

Nearly 35 years ago, the Dow Jones Industrial Average went down by more than twenty percent in one trading session. The day began to be called Black Monday. But the triple witching hours had taken place a few days before that and swiftly resulted in a sell-off of futures and options contracts. This has led to the shares plummeting during pre-day trading. The huge orders were not checked by systematic stop gaps. Thus, the markets were in turmoil throughout the whole day. This crash in the financial markets was the biggest single-day decrease since the Great Depression. Learning from the event, the regulators shifted the expiration of options from the morning to the afternoon. They inserted circuit breakers that would allow the exchanges to stop trading if there was another huge sell-off. A couple of years ago, a record number of stock options expired. This led to more than three trillion dollars in open contracts or interest.

The takeaway of the triple witching hours is that the investors should have a greater awareness of what happens during this time and know that there is a lot of trading volume in the financial markets in that period. There could be a lot of swings in the prices. But the investors should not let themselves get carried away by short-term emotions.