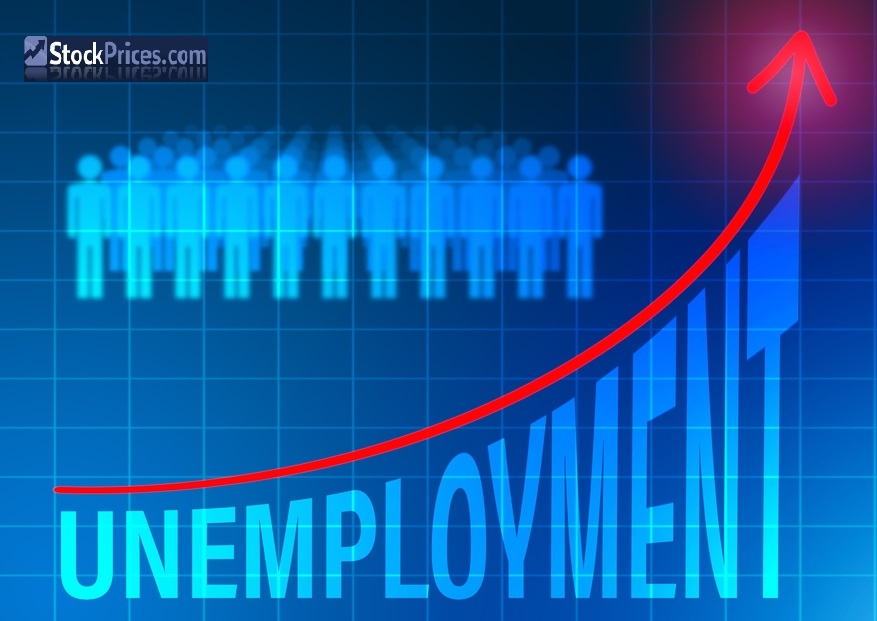 The number of initial jobless weekly claims has been around 339,500 in the past month. These numbers give support to a possible recovery in the labor market. President Joe Biden, in a statement, said the report of the claim "is further evidence of a durable economic recovery." Continuing claims run a week behind. They also declined to 2.78 million. This was a decline of 22,000 from last week. But it was more than the estimate of 2.73 million. The number was the lowest since March last year. The four-week moving average also declined to 2.84 million. The total recipients under all the unemployment programs were reduced to 11.93 million. This was a drop of more than a quarter of a million. This was because the benefits given by the Federal Government expired. The number was 30.4 million a year earlier.

The Federal Reserve stated that job creation around the nation is slight to strong from July to August. The central bank noted several things in the Beige Book report of regional economies. It said that there were many shortages of workers available. It said that firms were increasing the wages to fill the positions. The Federal Reserve said that overall growth had declined to an average speed for the entire period.

An upturn in job creation

The number of citizens filing initial jobless weekly claims declined to the lowest levels in about 18 months the previous week. This gave more evidence that shortages were hampering job growth in labor rather than lessening the demand for workers. The number of citizens on the unemployment rolls declined to levels previously seen in March the previous year. The economy was on a downturn due to the compulsory shutdowns of nonessential businesses. This was done to restrict the coronavirus pandemic.

After the initial jobless weekly claims report, the downward trend in layoffs showed that job openings increased by a record high in July. This showed that the labor market is tightening. Several economists have said that this could pressure the Federal Reserve to say when it will start rolling back its huge monthly bond-buying scheme. Jerome Powell, the Federal Reserve Chairman, has given no indications on when the central bank is looking to cut back on its asset purchases. IT has only said that it could be in 2021. "There is likely to be a fierce debate at the coming Fed meeting on how tight the labor market is, but if policymakers focus on the timeliest data we have got, they will realize that the labor market is close to meeting their more stringent criteria for an interest rate hike let alone the trigger for tapering," said Chris Rupkey, chief economist at FWDBONDS in New York.

The decrease in initial jobless weekly claims can be attributed to big declines in claims in Tennessee, Missouri, New York, Georgia, and Florida. But they were offset to an extent by increases in Michigan, Virginia, and California. Hurricane Ida hit Louisiana. This impacted the offshore energy production of the country, and the state lost electric power in many places. It hugely impacted businesses and homes. As a result, the state saw the biggest jump in initial jobless weekly claims. The claims had reduced from a record level in April last year. The numbers are getting closer to a range of a quarter of a million that is considered the best for the labor market.

The stocks on Wall Street gave mixed reactions. The dollar declined against a basket of currencies. The US Treasury prices increased. The continued decline in initial jobless weekly claims shows that the labor market is doing well. This is despite the rise in infections due to the delta wave of the coronavirus. Rising cases have hampered job growth in August. Nonfarm payrolls increased by only 235,000. This was the smallest increase since January. The payrolls increased by 1.053 million in July. "There has been no pickup in job separations even as the economy endures another wave of new virus infections," said Conrad DeQuadros, senior economic advisor at Brean Capital in New York.

The job openings increased to a record level of 10.9 million in July. The Federal Reserve's Beige Book has information taken on or before the end of August. It showed that "all Districts noted extensive labor shortages that were constraining employment and, in many cases, impeding business activity." Nearly 8.4 million are officially unemployed in the country. This imbalance in the labor market has been blamed on various factors. These include pandemic-related career changes and retirements, great unemployment benefits given by the US Government, fears of getting infected with the coronavirus, and lack of affordable childcare.

Nearly 12 million people were getting benefits under all programs during August. After the end of the Federal Government's benefits, nearly eight million people lost out on those benefits. More than two million people saw their benefits being reduced significantly. The unemployment insurance cliff could have caused the curbing of economic growth in this quarter. But consumer spending is going to remain attached to the substantial wage gains and the strengthening labor market. Homes have also obtained more than $2 trillion in savings during the pandemic. They have seen their wealth increasing by record-high house prices and the stock market. "That is going to weigh on growth, but consumer spending will still increase, just at a somewhat weaker pace," said Gus Faucher. He is the chief economist at PNC Financial in Pennsylvania.

There is some hope that the labor crunch will reduce from this month. This is because the Government-funded unemployment benefits have ended this week. The benefits included a $300 weekly subsidy. This is being seen as the factor behind the unemployed not looking to get some gainful work. The new school year has also started. Many school districts have started in-person learning. But the delta wave could cause further hesitance among several people to get back to the labor force. There is also no surety that the end of the expanded benefits will push the unemployed to look for jobs. Many Republican-led states had ended these benefits earlier this year. But this does not help to expand the labor pool in these states.