Everything You Need To Know About Weekly Jobless Claims

Everything You Need To Know About Weekly Jobless Claims 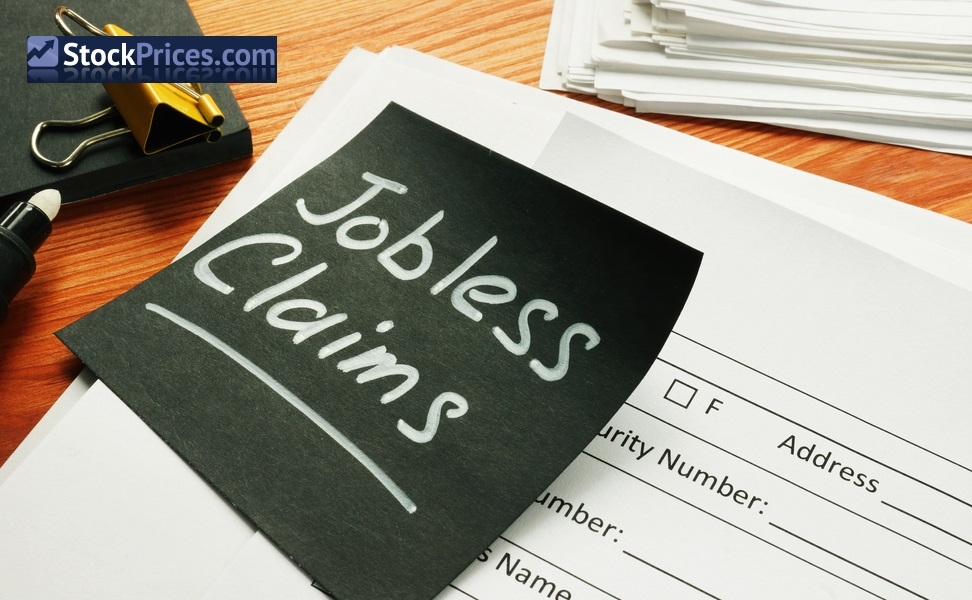 1. What Are Weekly Jobless Claims?

Jobless claims are of two types.

Initial – This includes those filing for the first time.

Continuing - This includes unemployed people who have already been receiving unemployment benefits.

It is a good measure of the US job market. It usually means fewer people have jobs when more people file for unemployment benefits, and vice versa.

Investors can form their opinions on the economic performance using the report. But it is highly volatile data as it is created every week.

Rather than the week's figure, the moving four-week average is monitored to get a clearer picture.

The report is released on Thursdays at 8:30 a.m. ET. The event can be market moving.

2. Weekly Jobless Claims Have an Effect on the Market

Several analysts do their market forecasts with estimates of the report.

A weekly release on jobless claims may not be different from consensus estimates. Then this can move the markets lower or higher.

The Initial Jobless Claims Report attracts much press. This is for two reasons.

One is due to its simplicity. The other is the assumption that if the job market is healthy, so will be the economy.

Markets react strongly to a jobless claims report sometimes. This is valid if it has a difference from the evidence of other indicators.

E.g., other indicators may show a weakening economy. Then a surprise drop in claims could slow down equity sellers. They could lift stocks instead.

Sometimes this takes place because there is not any other recent data at the time. An excellent initial jobless claims report may get lost also.

This happens in the shuffle of a busy news day. Wall Street hardly notices the report.

Jobless claims are used as input. It helps in the creation of indicators and models. E.g., weekly initial jobless claims are one of the elements of the Composite Index of Leading Indicators.

The week of March 14, 2020, was the last time there were fewer claims than the present. This was just before the economic damage hit the worst.

The recent data from the Bureau of Labor Statistics will not figure into the June numbers. This is because it is outside the survey week utilized for the report.

Employment has been on an uptrend over the past year. But gains have decelerated lately. This is because nearly 7 million workers remain idle due to the Covid-19 pandemic.

The level of continuing claims jumped to 3.47 million despite the drop in weekly claims. This represented an up of 56,000 from the previous week.

But the data runs a week behind the headline number. Most likely, it shows the unexpected upswing of the previous week's count.

The four-week moving average for continuing claims smooths weekly volatility. It fell by 75,000 to 3.48 million.

The number of people getting benefits through the programs fell by 180,890 to 14.66 million. This is according to data that runs two weeks behind.

The most significant drop of 86,817 came from people getting extended benefits.

Federal level enhanced benefit programs expire in September. Many states have already stopped their programs. This is because employment continues to improve.

But there are still nearly 11 million citizens enrolled in pandemic-related programs. One hurdle to faster employment growth is the scarcity of labor.

The Federal Reserve recently held its benchmark short-term interest rate near zero. It said it would purchase monthly bonds to keep injecting money into the economy.

The US central bank brought forward its projections from 2024 to 2023. This was for the first post-pandemic interest rate hikes.

The economy is facing a labor crunch. This is despite employment remaining 7.6 million jobs below its peak.

It was according to the data in February 2020. The shortage of childcare facilities is keeping several parents at home.

Generous government-funded unemployment benefits have also been blamed. These include a $300 weekly check.

Some people are also reluctant to return to work. This is out of fear of getting COVID-19. But vaccines are widely available in the country now.

Experts are watching 26 states. They want to see if their actions will boost labor force participation or employment over the summer.

This could offer clues on labor market trends for the rest of the year. All government aid related to the pandemic lapses after that time.

There are a record 9.3 million job openings. 9.3 million people are officially unemployed.

The seasonal adjustments are struggling. This is due to the annual automakers' retooling shutdowns and the July 4 holiday period. This can make the headline numbers more volatile than usual.

This noise will remain through late July. But there’s no doubt that the underlying trend will stay downwards.

Americans are filing more first-time unemployment claims than in 2019. This was when new claims averaged nearly 200,000 per week.

14.2 million citizens were still claiming some form of either federal or state unemployment benefits. The figure is as per the week ended June 19.

Firms have kept reporting labor supply challenges. This is even as millions of people stay on the sidelines of the workforce.

The Labor Department said that the job openings rose to a record 9.2 million in May.

The employment subindices slid into contractionary territory in June. This happened for the first time in months. It reflected the strain from labor shortages.

21 other states have ended these benefits between June 19 and July 10. Republican governors lead these states.

Louisiana is eliminating the additional check on July 31. It is the only state with a Democratic governor to end the federal benefits. For the rest of the nation, they will end on September 6.

Only Alaska reported a decrease in claims. This was for the government-funded Pandemic Unemployment Assistance.

Pennsylvania saw a decline of 18,031. The state has shown sharp swings in both directions in recent weeks. Kentucky also fell by 8,034. California was down 6,882.

Factories in the region covering Delaware, eastern Pennsylvania, and southern New Jersey have stepped up hiring. This bodes well for job growth this month.

New York was up by nearly 4,600. Colorado and California's new claims each increased by more than 2,000 last week.

The territories and states of Nevada, Rhode Island, and Puerto Rico posted the highest insured unemployment rates. This was for the week ended June 19. Nevada came in at 4.4%, Puerto Rico at 4.5%, and Rhode Island at 4.6%.

Weekly jobless claims provide crucial statistical information regarding the employment conditions and job market in the US.

The state of economic affairs of the nation can be gauged through this data.

Due to the pandemic, there have been some significant fluctuations in the weekly jobless claims. However, experts predict that they will soon stabilize again.