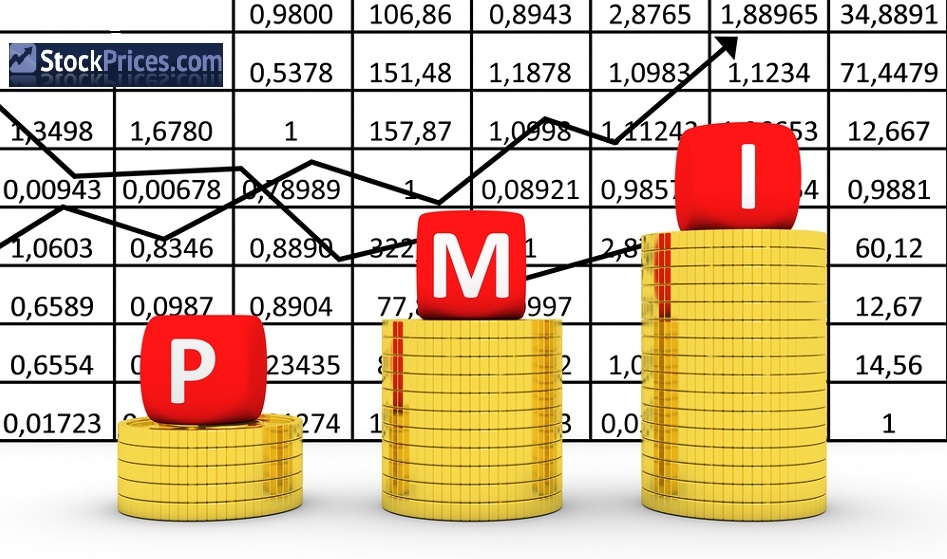 The Markit manufacturing PMI increased to a level of 62.6 in June 2021. The reading follows a final level of 62.1 in May. This is the highest level ever for the survey.

The survey was held between June 10 and June 22. Economists had predicted the index falling to 61.5. A reading above 50 represents growth in manufacturing. This accounts for 11.9% of the nation's economy.

A measure of factory activity increased to a record high in June. But manufacturers are struggling to secure qualified workers and raw materials. This has substantially increased costs for both consumers and businesses. 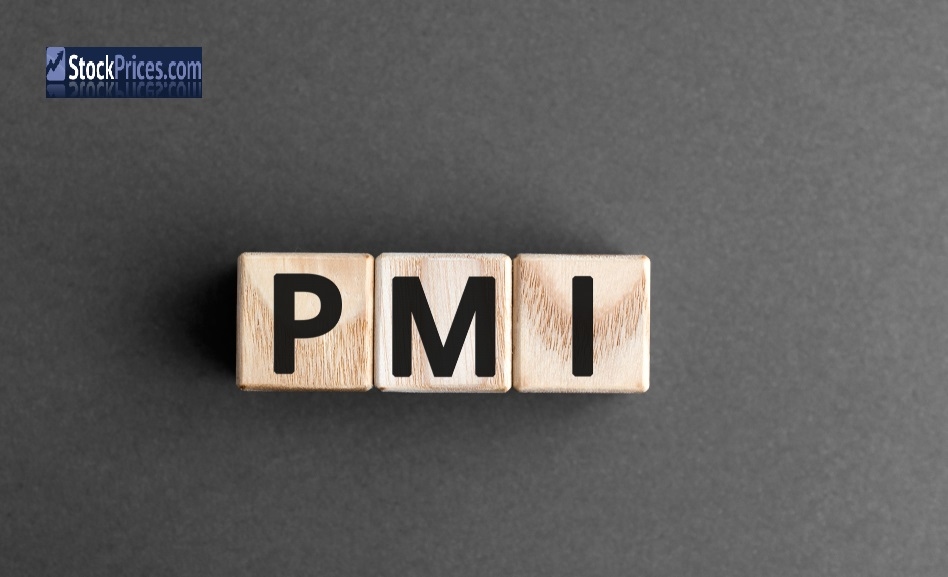 Markit Manufacturing PMI surveys are available for over 40 countries. They are also provided for key regions, including the Eurozone. They are one of the most closely watched business surveys globally.

The Markit Manufacturing PMI is favored by business decision-makers, financial markets, and central banks. This is because of their ability to give unique, accurate, and up-to-date monthly indicators of economic trends. 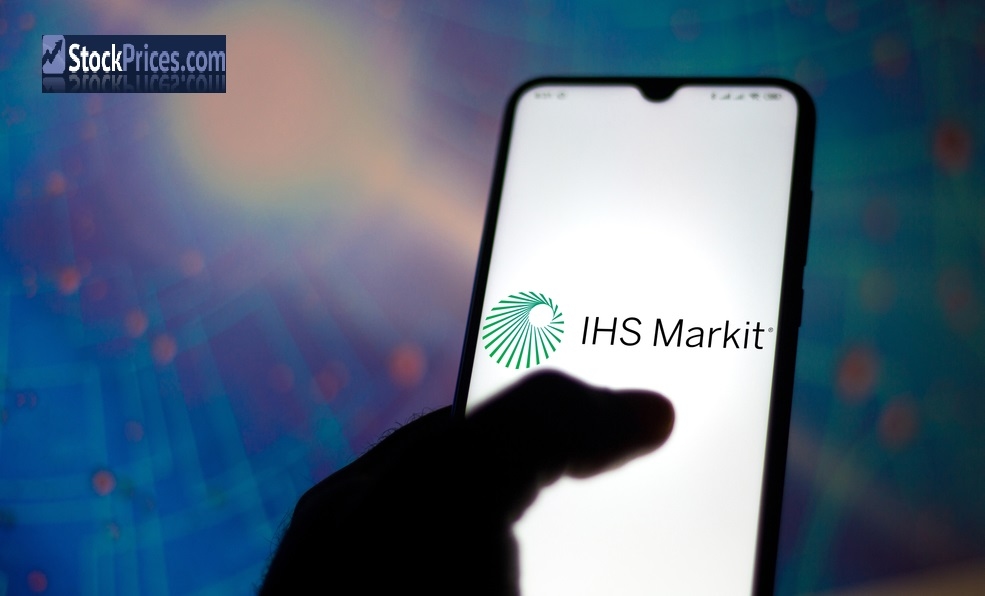 The company gives deep insights that lead to confident, well-informed decisions. IHS Markit has more than 50,000 government and business users. This includes the planet's leading financial institutions and 80 percent of the Fortune Global 500.

June 2021 data were collected from 10-25 June 2021. Initial data collection for Markit manufacturing PMI started in April 2004. This was from a survey panel of electronics manufacturers. The panel was expanded to cover metal products manufacturers in May 2007.

The strength in manufacturing has boosted economists' expectations for potential double-digit growth in this second quarter. The demand has shifted from services to goods. It is because the pandemic kept ordinary citizens at home. The demand is remaining robust even when vaccinations and relief money worth trillions of dollars from the government allow the economy to function more broadly.

But supply is not being able to cope with the demand surge. This has led to massive backlogs of uncompleted work. The prices for finished products and raw materials have been sky-rocketing. This is feeding into higher inflation.

Federal Reserve Chair Jerome Powell told lawmakers that inflation has "increased notably in recent months." He attributed this factor in part to the bottlenecks in supply and the spending rebound as the economy gets back its pace. Powell was optimistic that inflation would subside. This was "as these transitory supply effects abate."

IHS Markit said, "average supplier delivery times lengthened to the greatest extent on record.” The survey's measure of prices rose to the highest level ever. It said, "firms raised their selling prices at a quicker rate to pass on these higher costs." The survey's new orders measure slipped. It remarked that "firms struggled to find staff or entice workers back to employment."

Markit Manufacturing PMI's flash services sector decreased to 64.8. This was a drop from a level of 70.4 in May. But since data collection started in October 2009, it was still the second-highest. Companies in the services sector account for nearly two-thirds of the economic activity in the country. They are worried about the rise in inflation. They cannot find qualified labor and many people who are willing to work.

There are an unprecedented 9.3 million job openings. That means that 9.3 million people have been classified as officially unemployed. Overall business activity decreased in June because of services activity moderating. The survey's flash composite PMI output index tracks the services and manufacturing sectors. It decreased from 68.7 in May to 63.9 in June.

Markit Manufacturing PMI data showed the joint-fastest improvement in the manufacturing sector's health on record. The uptrend was supported by further marked expansions in new orders and output. But supply chain disruptions got worse. It weighed on production capacity.

Vendor performance decreased to the highest extent on record. Meanwhile, input costs had the largest jump on record. It also led to another record increase in factory selling prices. Hopes of a prolonged period of strong client demand have increased output expectations. The degree of confidence touched a seven-month high.

New orders growth was substantial in June. This is despite the rate of expansion decreasing from May's historic high. The speed of increase was the second-fastest on record. Businesses continued to notice a marked increase in demand from both existing and new clients. Some firms also said that the further relaxation of pandemic restrictions encouraged people to expand their activity. Meanwhile, new export orders rose solidly in June. But it was at its softest pace in the past three months.

Severe and ongoing supply-chain disruptions weighed down output growth. There were reports of labor shortages. The rate of growth was among the highest since May 2007. But businesses noted difficulties in fulfilling new orders amid material delivery delays. There were challenges in getting suitable employees for current vacancies.

Suppliers' delivery times increased to the highest extent on record in June. Transportation issues and component shortages exacerbated supply-chain woes. So, vendors hiked their charges. Since data collection for Markit Manufacturing PMI began in May 2007, input costs have increased at the fastest pace on record. This is because higher international demand for inputs is putting pressure on material shortages.

Businesses were able to pass on higher costs to consumers partly. But the rate of charge inflation still equaled May's historical peak. Firms linked greater cost burdens to the uptick in selling prices.

At the end of the second quarter, there was a sharp expansion in input buying due to the strong growth in new orders and raw material shortages. Manufacturers recorded the second-fastest rise in purchases since August 2014. This, in turn, drove an increase in preproduction inventories. Concurrently, new orders were fulfilled using stocks of finished goods. They fell at the steepest level for just over a year.

Manufactures stated a rise in employment in June. For six months, the rate of job creation was the slowest. But, firms noted difficulties in getting workers back. Labor shortages increased pressure on capacity. Backlogs of work increased at one of the highest rates on record.

Chris Williamson is the Chief Business Economist at IHS Markit. He gave the following statement. "June saw surging demand drive another sharp rise in manufacturing output, with both new orders and production growing at some of the fastest rates recorded since the survey began in 2007. The strength of the upturn continued to be impeded by capacity constraints and shortages of both materials and labor, however, meaning concerns over prices have continued to build.”

“Supplier delivery times lengthened to the greatest extent yet recorded as suppliers struggled to keep pace with demand and transport delays hindered the availability of inputs. Factories were increasingly prepared or forced to pay more to secure sufficient supplies of key raw materials, resulting in the largest jump in costs yet recorded,” he added.

“Strong customer demand, in turn, meant producers were often able to pass these higher costs on to customers, pushing prices charged for goods up at a rate unbeaten in at least 14 years. Capacity needs to be boosted, and supply chains need to improve to help alleviate some of the inflationary pressures. However, companies reported increasing difficulties filling vacancies in June, and raising COVID-19 infection waves in Asia threaten to add to supply chain issues," he concluded.

IHS Markit creates the Markit Manufacturing PMI. This is done from replies to questionnaires sent to a panel of 800 manufacturers. The respective purchasing managers give their replies. The panel is stratified by company workforce size depending on the GDP contribution and detailed sector.

Survey responses are taken in the second half of each month. They represent the direction of change compared to last month. A diffusion index is calculated for all survey variables. The index is the sum of half the percentage of 'unchanged' responses and the percentage of 'higher' responses. The indices vary between 0 and 100. A reading above 50 shows an overall increase compared to the last month. If it is below 50, it means an overall decrease. The indices are then adjusted seasonally.

The headline figure is the Markit Manufacturing PMI. The PMI is a weighted average of five indices. The Suppliers' Delivery Times Index is inverted. This is to make it move in a comparable direction to the other indices. Underlying survey data are not changed after its publication. But from time to time, seasonal adjustment factors may be modified as appropriate. This will affect the seasonally adjusted data series.

The Markit Manufacturing PMI is showing that goods producers have the highest amount of positivity for the outlook for output for the next seven months. The confidence comes from hopes of a prolonged period of strong client demand. There is hope for more consistent vendor performance in the near future.