The Latest Continuing Jobless Claims for the Week Ended July 3

The Latest Continuing Jobless Claims for the Week Ended July 3 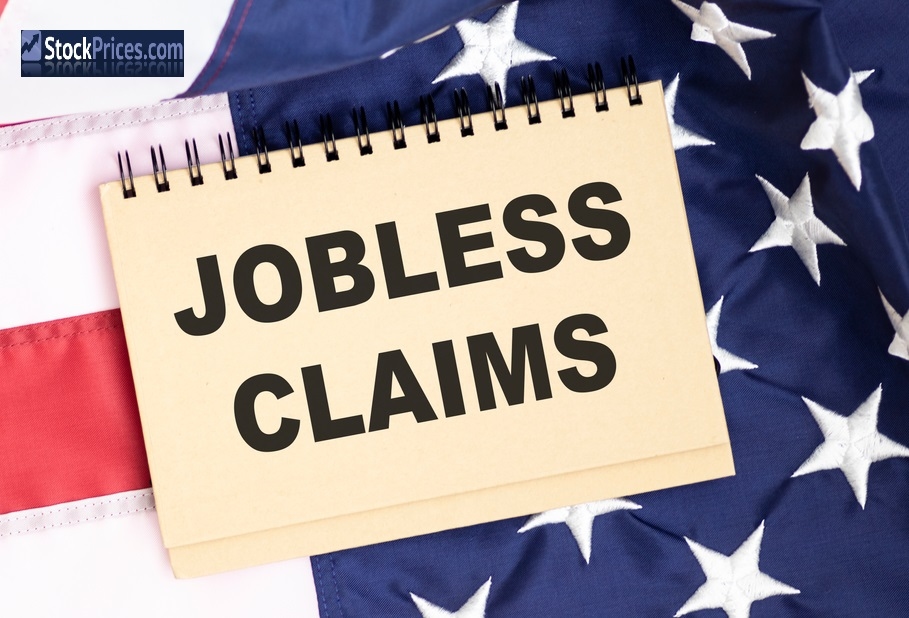 The weekly jobless claims were 360,000 last week. This matched Wall Street estimates. The number of people getting benefits decreased to nearly 14 million. This is less than half its level a year ago.

The job market still has some distance to go. This is before it can get back to its pre-Covid-19 self. But it still has made significant strides in the past few months.

Some States are at the Forefront

Georgia and Texas claimed the bulk of the decline in these continuing jobless claims.

Top-off benefits ended June 26 in these two states. Consequently, continuing jobless claims fell to their lowest level in both places since March 2020. This suggests that people might be encouraged to return to work due to the early end to benefits.

In Michigan, continuing jobless claims fell below pre-pandemic levels for the first time since mid-March 2020. But new unemployment claims remain above pre-pandemic levels. This suggests that the state economy is still struggling a bit. It will have to stretch itself to reach what was once considered normal.

Michigan State has doled out $37 billion to 3.35 million people in jobless claims. This is since the start of the pandemic. It shows that the state's workforce is experiencing at least short-term layoffs or even longer-term unemployment.

Shortages and Bottlenecks are the Main Factors

Bottlenecks in the supply chain and worker shortages are hindering efforts by companies to ramp up production. Higher production will help to meet strong demand for services and goods. Manufacturing production fell in June. Motor vehicle assembly fell. One factor of this can be the persistent global shortage of semiconductor chips.

As the economy emerges from the COVID-19 pandemic, the imbalance between demand and supply is stoking inflation. Prices are expected to remain high in the coming months before moderating. Markets reacted little to the news of the claim. Stock market futures pointed lower. Government bond yields edged down following the release. The dollar rose against a basket of currencies. US Treasury yields fell.

Federal Reserve Chair Jerome Powell informed lawmakers that he anticipates the high inflation and shortages would subside over time.

Those collecting benefits under all government programs also decreased sharply. Through June 19, they dropped by 449,642 to 14.2 million. That is way higher than anything before the pandemic. But it is far below the 33.2 million that was on the rolls a year ago.

The labor market is recovering. So, multiple states have decided to end the enhanced benefits given since early in the crisis. Federal benefits expire in September. Economists expect a surge of new workers back. It can get back into a record level of job openings.

Since February 2020, labor force participation is down 2.7%. The total of workers seen as unemployed is more than 3.7 million higher. Nearly 9.5 million people are officially unemployed. The disconnect has also been due to pandemic-related retirements and career changes, fears of getting the virus, and a lack of affordable child care.

Evidence is mixed on whether the early termination of federal benefits will encourage job seeking. The benefits started on June 12 and will end on July 31. For the rest of the nation, the expanded benefits will lapse on Sept. 6. In late June, nearly 13.8 million people were getting unemployment checks under all programs.

In a separate report, the Fed said after the acceleration of 0.9% in May. The manufacturing output dipped 0.1% in June. It came down due to a 6.6% decrease in production at auto plants. Automakers are being forced to adjust production schedules due to the global chip shortage.

General Motors announced that its Spring Hill Assembly plant in Tennessee and Lansing Delta Township Assembly plant in Michigan would be shut down from July 19 to July 26. Auto production cuts have increased demand for used trucks and cars. In recent months, it has been the major driver of consumer inflation.

Manufacturing accounts for 11.9% of the US economy. It grew at a 3.7% annualized rate in the second quarter. This was after it increased at a 2.3% pace in the January-March period. Low interest rates and COVID-19 vaccinations are fueling demand. It is also due to the $6 trillion in government relief provided since March 2020 by the United States government.

Vaccinations are boosting dining out and spending on travel-related services, among other activities. Also, inventories are extremely low due to continuing robust demand for goods. This should keep manufacturing supported.

There was a third report from the New York Fed. It showed that its measure of factory activity surged in July in New York state. Shipments and new orders rose strongly. The Philadelphia Fed supplied the fourth report. It had a drop this month in its gauge of manufacturing in the region. It covers factories in Delaware, southern New Jersey, and eastern Pennsylvania. In these areas, activity continued to expand at a solid clip.

Anecdotal guidance shows that supply issues could be resolved by the end of this year and into 2022. Experts think production will remain supported until 2022. It is because supply issues will eventually ease. This assumes that indications of demand will remain strong.

An easing of bottlenecks is predicted to relieve some of the inflation pressure. In a fifth report, the Labor Department stated that import prices increased by 1.0% in June. This is after it surged 1.4% in May. Compared to 11.6% in May, import prices advanced 11.2%. This is for the 12 months since June.

The government said that consumer prices have increased by the most in June for the past 13 years. The producer prices also accelerated. The US is experiencing cost-push inflation. It has historically proven to be more temporary than other causes of inflation, such as demand-pull. 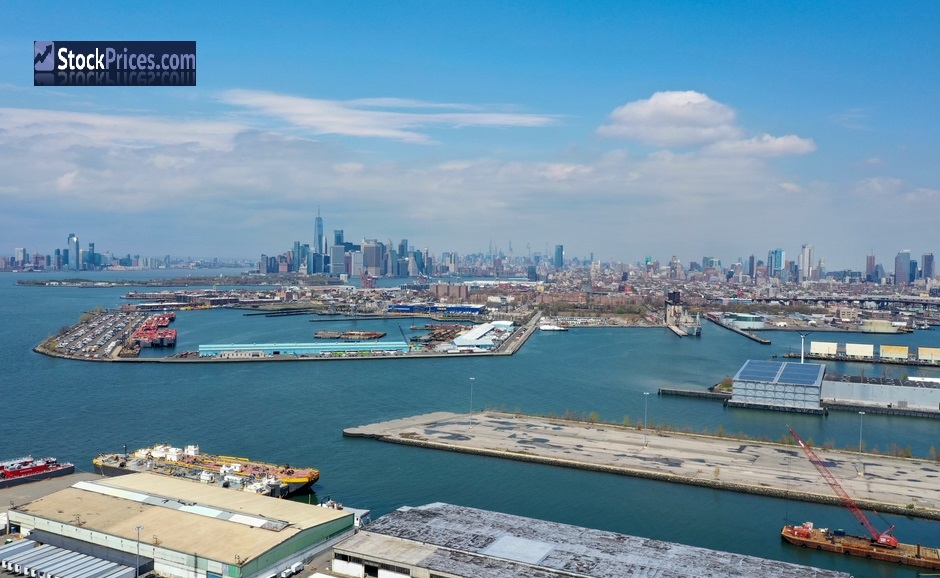 Hiring and manufacturing are booming in the key New York regions. A separate economic report showed this. The Empire State Manufacturing Survey increased to a record 43 in July. The New York Federal Reserve conducted the survey. It represents the percentage difference of firms contracting against those seeing expansion.

Shipments and new orders surged. The employment index increased to 20.6. This was a jump of 8.3 points. This happened because 29.5% of firms said they would be adding workers. An index on conditions for the next half-year also indicated a hiring increase. It had a reading of 43.9. This was an increase of 2.2 points from June.

The news comes a day after the Fed released its Beige Book on economic conditions across the nation. The report shows moderate to robust growth over the country. The New York region reported an economy moving ahead at a robust pace. Business contacts were increasingly positive about the near-term outlook.

The Philadelphia region said that progress was slowing. The region's manufacturing reading slipped to 21.9 in July. This was a fall from 30.7 the previous month. But the headline number still showed expansion. Both reports also had some deceleration in the rate of price increases. Even though it had otherwise high inflation readings.

Is the economy improving?

The continuing jobless claims do paint a picture with their numbers over the past several months. The economy is in a better place than it was in March. Things were very bad at that time. The lawmakers had to authorize a third round of stimulus checks to help the bank account of Americans. After the pandemic hit during the spring of 2020, continuing jobless claims were getting filed in the millions. In that context, these recent numbers are a great improvement.

But the economy has not fully recovered. Before that happens, millions of jobs still need to come back. New continuing jobless claims need to decrease drastically from their present levels. But they do show an improvement compared to the situation earlier on in the pandemic.

The economy is probably in good enough shape. There is little chance of a fourth stimulus check being approved. But it is something many Americans are still holding out hope for. Jobless workers are entitled to an extra $300 a week at present in their unemployment benefits. This is another provision of March's $1.9 trillion relief package. Some states have pulled the plug on that boost. But it is still in effect until September in parts of the country.

But there is a huge question mark on whether the boosted benefits will get extended or not. It's unlikely that another stimulus round will drop. But lawmakers may see if there should be additional targeted aid for unemployed people. These people are still struggling to get back into the labor force.

So many states have ended boosted benefits early. This is because they're convinced these benefits are stopping unemployed people from going back to work. There may be some truth to that. Several minimum wage earners are getting the extra $300 a week. They may be coming out ahead financially on unemployment.

The continuing jobless claims show that the economic activity in the nation is on the rise. But there is still a lot to be done. It is to be seen whether that means more aid or not.