A Closer Look At The Nonfarm Payrolls Data For February

A Closer Look At The Nonfarm Payrolls Data For February 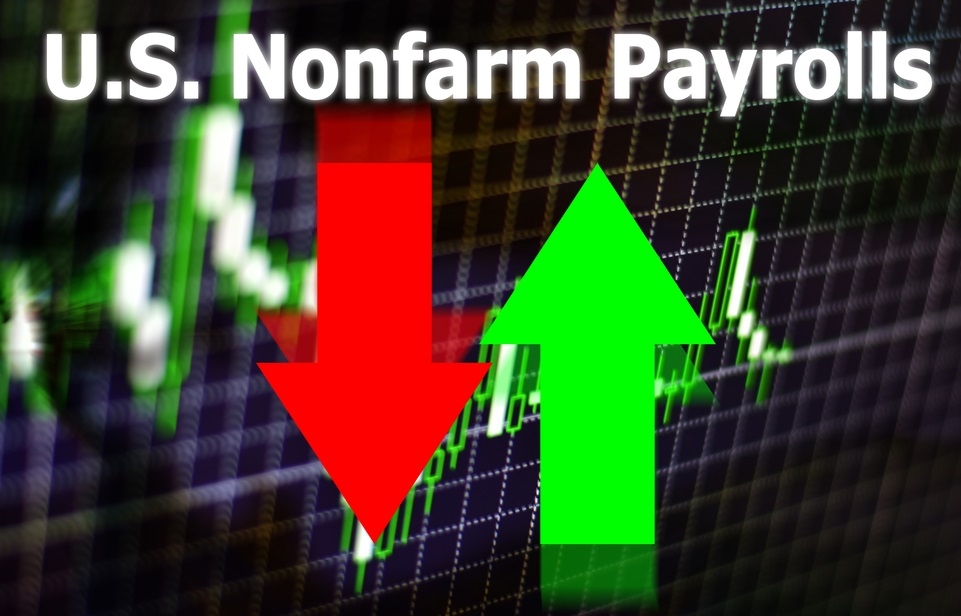 The survey of establishments is going to show that the nonfarm payrolls grew by nearly half a million jobs in the previous month after increasing by a similar amount in January. This is according to a poll of experts. This would leave the level of employment more than two million jobs below the level that was present before the pandemic. The experts predict that all the lost jobs will be reobtained this year. The payrolls grew robustly a couple of months ago. This is despite a record three million individuals being absent from their workplaces in the middle of that month because of sickness. This was when the country was reeling from a winter wave of Omicron cases of the pandemic. The infections have decreased by a lot recently. The Households Pulse Survey of the Census Bureau showed that nearly eight million people have not been able to work early in the previous month because they were sick with coronavirus symptoms or were caring for someone.

The numbers of the Nonfarm Payrolls Data have climbed down from the highs of January. The number of individuals getting state unemployment aid was the smallest in more than half a century in the middle of the previous month. Further data is also advocating robust gains in jobs. Data from the payroll tracking and scheduling firm Homebase has shown that there will be major increases in the number of workers on the job and the hours that have been worked in the middle of the previous month. The shift work in the previous month had its biggest monthly increase in the past two years. This was shown by another survey from workforce management software firm UKG.

The Fed's Beige Book report said there was "widespread strong demand for workers remained hampered by equally widespread reports of worker scarcity." Sung Won Sohn, an economics and finance professor at Loyola Marymount University, said, "The employment report will show the U.S. economy is healthy and continuing to move forward. But geopolitical problems will push inflation higher and have created a tremendous amount of uncertainties that will put a damper on economic growth and jobs going forward." EY-Parthenon chief economist Gregory Daco said, "Indeed, the current energy price shock creates a real bind for central bankers. Given the high-inflation environment, Fed policymakers will want to balance the risk of a 'stagflationary' shock and a shift to a higher inflation regime with the risk of normalizing policy too rapidly and precipitating the ongoing tightening of financial conditions."

The Nonfarm Payrolls Data for February has led the labor market to the limit of employment levels in the country. But geopolitical issues can dwindle the confidence of organizations and lead to a decline in job growth in the months ahead. The closely watched employment report of the Labor Department is going to show the conditions in the labor market tightening further. The Unemployment Rate Report for February is resuming the onward trend and another shortage of workers continuing to increase wages. The Federal Reserve chairman said that the labor market is very tight. He told the lawmakers in the country that he would support a small increase in the interest rate at the policy meeting of the Reserve Bank to be held next week. He said that the central bank would be ready to move more aggressively later if the inflation did not subside as fast as is predicted.

The cost of oil in the country has increased to more than ninety dollars per barrel since the war started between Russia and Ukraine a couple of weeks ago. The United States and its allies have invoked a lot of sanctions against Russia for the conflict. The Unemployment Rate Report for February shows that the organizations in the country have maintained a good speed of hiring in the month. The estimates for the payrolls for the previous month range from as low as 250,000 to as high as 750,000 gain.

Indeed economic research director Nick Bunker said, "If we see more numbers like this moving forward, we can be optimistic about this year. Employment is growing at a strong rate, and joblessness is getting closer and closer to pre-pandemic levels. Still, we cannot take anything for granted in these uncertain times. But suppose the recovery can keep up its current tempo. In that case, several key indicators of labor market health will hit pre-pandemic levels this summer." Citizens Financial Group global markets managing director Eric Merlis added, "The labor market recovery remains very robust across the board as more Americans are returning to work. Geopolitical issues and inflation pose ongoing threats to the U.S. economic recovery. Still, pandemic restrictions are being lifted, and we continue to see strong job growth."

The payrolls could come at a level below the experts' predictions. The Institute for Supply Management survey showed that employment in the services sector declined in the previous month for the first time in half a year. The survey said that the employment growth in manufacturing has slowed down in February. There were nearly eleven million job openings at the end of the previous year. The growth in jobs in the previous month was mostly focused on the hospitality and leisure industry. Other sectors hit the hardest by the Omicron variant, such as retail, also saw recovery. This is because the survey by ISM showed that firms in this industry were struggling to get non-employee labor and direct employees. The nonfarm payrolls data is predicted to fall further in the coming months.

Experts say that the labor force participation rate, which is the proportion of working-age citizens seeking a job or already having one, has seen an increase in the previous month. Labor is scarce in the country right now. So, the average hourly earnings are predicted to increase by half a percent in the previous month. This will increase the year-on-year increase in wages to nearly six percent in February. In January, the wages increased because the Omicron wave kept many hourly-paid workers at home. Experts believe that the Nonfarm Payrolls Data of the previous month will give support to an increase in the interest rates by the Federal Reserve in the coming week. After the latest inflation readings and the Nonfarm Payrolls Data of January, the financial markets have factored in an increase of half a percentage point. But this is now looking far off because there could be major fallout of the war between Russia and Ukraine. Experts say that there can be more than six hikes in this year's interest rates.

Charles Schwab chief fixed income strategist Kathy Jones said, "We're getting back to pre-pandemic levels in terms of labor force participation. Job growth is still quite healthy and strong. So things are really good. As more people come back to work and participation picks up, the level of wage gains should start to subside a little bit. In terms of the Fed worrying about inflation driven by people making more money, I guess that's good news." ING chief international economist James Knightley said, "I'm biased more towards a softer payrolls number, but with a pretty good wage figure. All the evidence does suggest that companies are trying to recruit staff and also retain staff as well because of these high turnover statistics." Glassdoor senior economist Daniel Zhao said, "This report indicates that the job market is healthy and resilient to the ebbs and flows of the pandemic. We've seen that job gains have been over 400,000 for 10 months in a row."

The Federal Reserve is keeping a close eye on the Nonfarm Payrolls Data. Experts broadly see the economy as being at total employment. This has led to prices that have increased due to the shortages in supply and the surges in demand related to the coronavirus pandemic. As Congress infused more than four trillion dollars in stimulus into the economy, the inflation has come. The Federal Reserve has also kept the benchmark borrowing rates near zero and infused more than four trillion dollars into the economy by asset purchases. This is the precursor to the hikes in the interest rates.