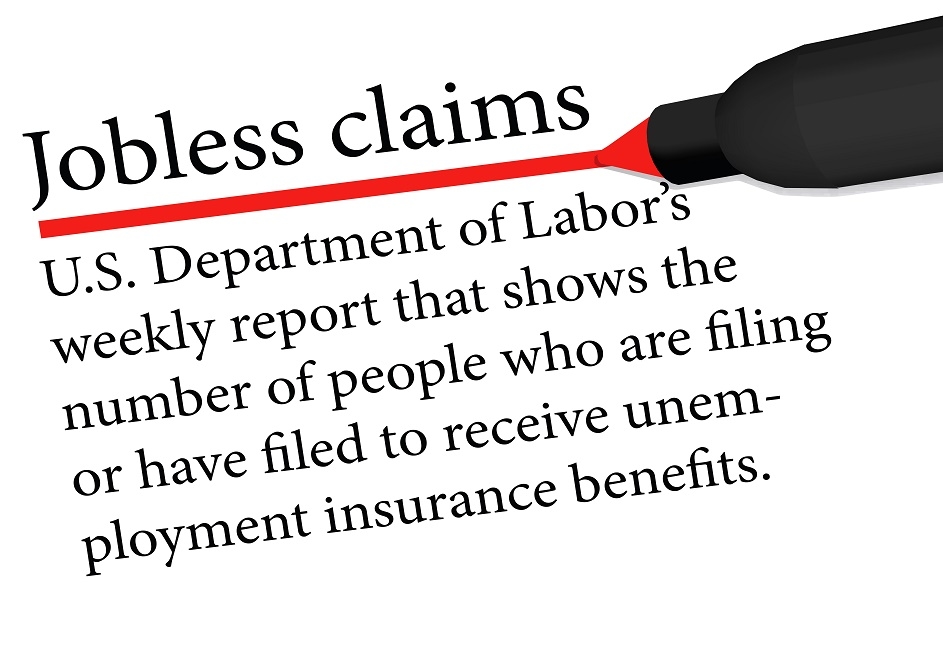 The jobless claims for unemployment aid decreased by 18,000. It went to a modified figure of 215,000 for the week ended February 26. This is the minimum mark since the start of January. The experts had claimed that there would be nearly 230,000 applications. The number of citizens getting continuing jobless claims after the first week increased to 1.47 million during the week ended February 19. According to the Labor Department, it also represents consecutive weeks of decline in the weekly jobless claims. The unadjusted claims decreased by more than twenty thousand in the previous week. This was led by huge declines in Michigan and California. This offset a sudden increase in filings in Rhode Island and Massachusetts. The jobless claims are predicted to go below the mark by at least twenty thousand soon. That level was previously attained at the end of the previous year.

The claims have decreased from a record level of six million in April a couple of years ago at the start of the coronavirus pandemic. The number of citizens filing initial jobless claims had decreased to its lowest mark at the same time twelve months ago. The layoffs have seen a sharp decline in February during the week. This shows that the recovery in the labor market is happening slowly. But a survey is suggesting to view the upbeat outlook of the labor market with caution. It showed that the activity in the services industry has slowed down for another consecutive month in February. The amount of employment in the sector has decreased for the first time since June of the previous year. The Institute for Supply Management has said that services firms have reported that they were "having significant issues with hiring both full time and contract labor and open positions are not being filled, and candidates are looking for more money."

Jobless Claims May Grow As Employment Slows in Factories

The increase in factory employment has also seen a slowdown in February. This shows a risk of the weekly jobless claims increasing in the coming times. Experts are predicting that the closely scrutinized employment report of the Federal Government will show that there has been a month of great job growth. This is because the Omicron wave of coronavirus infections has seen a big reduction in recent times. The tight conditions in the labor market are leading to growth in wages. This is adding to the inflation pressures on the economy. Federal Reserve chairman Jerome Powell has stated that he will give his support to a hike in the interest rates at the next policy meeting of the central bank.

The Federal Reserve is prepared to move ahead aggressively if the inflation does not subside at the rate that the Federal Government has predicted. The shares on Wall Street were trading higher. The dollar grew against a basket of currencies. The US Treasury yields declined. Senior economist at FHN Financial Will Compernolle said, "Workers leaving for better-paying jobs and more flexible conditions are annoying for employers, but the churn is neutral for employment on net as long as the workers find a job that satisfies their needs. The contraction is not encouraging, but lingering Omicron effects could have spilled into February."

The Institute for Supply Management said that the non-manufacturing activity index declined in the previous month and went to its lowest mark in twelve months. This is a consecutive decrease in the index despite the cases of coronavirus infections decreasing a lot from the middle of January. The services sector accounts for the majority of economic activity in the nation. Most of the survey was conducted before the war between Russia and Ukraine started a couple of weeks ago. The war has increased the cost of commodities such as wheat and oil. The Institute said that the labor shortages, logistical challenges, inflation, constraints in capacity, and disruptions in the supply chain were affecting the ability of the firms in the service industry to meet demand. It has resulted in a decrease in economic growth and business activity.

The conflict between Russia and Ukraine could lead to heightened constraints and supply and inflation. The majority of the anecdotal statements from firms and data from the labor market have underlined a job market that has remained very tight. The demand for new employees has far outpaced the supply of the same. The job openings have been near record levels for some time now. This has created a position where employees have a great amount of leverage. They have also experienced high increases in their wages. The constraints on the labor supply side have also contributed to the inflationary pressures that are plaguing the whole economy. Chief US economist at Capital Economics Paul Ashworth said, "Powell preferred to keep the Fed's options open ... there was little pushback on current market rate expectations, which have plummeted since Russia's invasion."

Economist at Moody's Analytics Bernard Yaros said, "Though Europe will bear the brunt of the economic cost of the Russia-Ukraine crisis, unfavorable geopolitics in the continent threaten to exacerbate supply issues and price pressures for the US services sector. There will be disruptions to the transportation and logistics industries. Many flights have been canceled or rerouted, leading to increased pressure on cargo capacity."

The Federal Reserve Chairman Jerome Powell gave his testimony before the House Financial Services Committee a few days ago. The immediate focus of the Federal Reserve is on the raging inflation. But the testimony of the chairman was framed by the ongoing war in Ukraine. He also mentioned what it could mean for the world economies and the United States of America in the coming weeks and years. Powell said that the staff of the Federal Reserve had been analyzing the various scenarios. However, a lot of things still remain unknown about something whose full implications may remain with the country for a long time to come. The chairman said they have been functioning quite well overall regarding the financial markets. He said that there was a good deal of liquidity in the markets, and the existing programs of the Federal Reserve were also helping.

The chairman will now appear before the Senate Banking Committee. He is needed to testify to the Senate and House committees a couple of times a year as part of the semi-annual reviews of the monetary policy by the central bank. He said, "The labor market is extremely tight. Labor demand is very strong, and while labor force participation has ticked up, labor supply remains subdued. As a result, employers are having difficulties filling job openings. An unprecedented number of workers are quitting to take new jobs, and wages are rising at their fastest pace in many years. The near-term effects on the US economy of the invasion of Ukraine, the ongoing war, and the sanctions remain highly uncertain. Making appropriate monetary policy in this environment requires recognizing that the economy evolves in unexpected ways.”

“We will need to be nimble in responding to incoming data and the evolving outlook. We will proceed carefully as we learn more about the implications of the Ukraine war on the economy. We have an expectation that inflation will peak and begin to come down this year. To the extent inflation comes in higher or is more persistently high ... we would be prepared to move more aggressively by raising the federal funds rate by more than 25 basis points at a meeting or meetings. Everything we can do ... we are doing it to protect against a cyberattack. The larger financial institutions are doing it. It's hard to say what's possible, but we are on high alert and will continue to be."

The Federal Reserve decreased the rates to the present near-zero mark a couple of years ago to lessen the impact of the coronavirus pandemic. But now, there is a wide consensus that the present mark of borrowing costs is out of that zone with a national economy that has come back swifter than predicted from the pandemic.