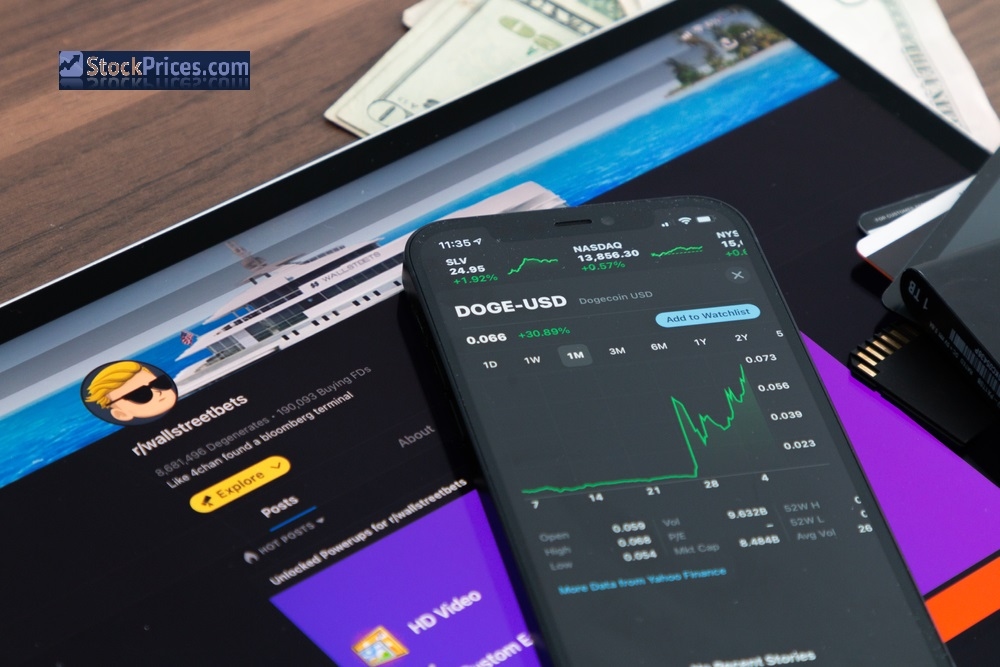 Earlier this year, we witnessed one of the most historic stock runs when the internet came together to buy stocks for video game retailer GameStop. During the latter half of 2020, some day-traders on the Reddit community, r/WallStreetBets, had their eyes on video games retailer GameStop. One particular investor pointed out that hedge funds and big investors were short-selling the stock to make a quick profit from the falling entertainment stock prices of Gamestop.

Soon other investors on the forum took an interest in the stock and started buying it in early January 2021. By the end of the month, the stock had picked up so much momentum that even Tesla CEO Elon Musk took notice and tweeted “Gamestonk!” from his personal account, which added fuel to the fire. As a consequence, the meme stock mania went from Reddit to all over the internet as people from around the world started investing in Gamestop. The whole debacle took the entertainment stock prices of the video game retailer to uncharted heights, with a total boost in stock prices at 800%.

Last Wednesday, we saw a similar scenario taking place with AMC Entertainment stock prices. The price per share for AMC Entertainment went up well above 100%. The Reddit-obsessed day traders have once again proved the power of the internet and its unity, as big investors lose hundreds of thousands on their bets which they had placed with the hopes of short selling.

However, a sudden increase in stock prices brings up certain questions about whether meme stock involves more than small day traders. Bringing a change of such magnitude requires a heavy influx of cash, which can only be brought upon by a higher number of investors or investing in huge volumes.

Whatever the reason may be, financial experts are keeping a close watch on AMC entertainment stock prices and several other meme stocks and are warning investors to take caution while participating in the trading frenzy.

Let’s have a look at what meme stocks are and a few other stock prices that you should keep an eye on!

What are Meme Stocks?

The word meme stock has come into existence in the past year, as people on the internet take an interest in the day trading segment of the stock market. Meme stocks are basically stocks that shoot up in prices, with little to no effect due to the performance of the actual company. Instead, meme stocks simply function on their widespread following and a trend among investors, who come together to invest in the stocks. As a consequence, the stock prices shoot up, citing as much as a 1000% increase from their initial prices in a matter of weeks.

However, experts call it purely a game of trends and momentum and should not be factored in as an investment strategy. In fact, many investors recommend extreme caution when investing in meme stocks as they can be extremely volatile and erratic with no means of predicting their performance. Usually, a stock’s future performance can be predicted or forecasted based on the business decisions and performance of the company. However, when it comes to meme stock, the sole factor affecting the stock prices is the large influx of investors.

That being said, meme stocks can be a fun and exciting way of getting into the trading game, provided you exercise extreme caution and start off with low amounts of investments.

Here are few other meme stocks that new investors should keep on!

BlackBerry Limited is a Canadian software company that manufactures and distributes software and mobile phones. The company was once among the top mobile phone manufacturers and held the reigns for years. However, in recent years the company has been experiencing a drastic downfall, with its share prices at an all-time low. Investors have exploited the falling share prices of BlackBerry for a profit by short-selling them. However, the WallStreetBets forum on Reddit has kept a keen eye on the stock. The stock has been mentioned few thousand in the forum, which resulted in hundreds of Redditors investing in the stock. As a result, the stocks have moved up a whopping 87.47% over the past month.

Workhorse Group Inc. is an American corporation that manufactures electric utility vehicles. The company is headquartered in Ohio and was founded in 2007. The company had been experiencing a downfall in terms of stock prices. However, the stock has been rising steadily, among the list of other meme stocks, with an average number of shares being traded every day at 15.7 Million. The stock prices have witnessed a 106.10 % rise over the past month.

Tilray is a Canadian multinational corporation that operates in the United States, New Zealand, Australia, Germany, Portugal, and parts of South America. The company mainly manufactures and distributes pharmaceuticals and medical cannabis-related products. The company saw positive growth in the starting years. However, during most of 2020, the company’s stock prices were at an all-time low. The company’s stock prices have been experiencing steady growth since January 2021, with almost 42.5% growth over the past month.

Nokia Corporation is a Telecommunication Company that was once the leading manufacturer of mobile devices during the 1990s and 2000s. The company was founded in Finland in the year 1865 and was at the top of the game ever since. However, the company has been failing to gather momentum for the last decade. Redditors have taken quite a bit of liking to the stock, which has resulted in a 10.24% rise in its stock prices over the past month and close to 26 Million shares moving in the market.

NIO is a Chinese automotive manufacturer that mainly develops high-performance electric vehicles. The company was founded in 2014 but has failed to capture momentum. However, the company’s stocks have experienced a steady increase since the latter half of 2020. The stock holds a keen interest among Redditors over at WallStreetBets, with over 24 Million shares moving in the market. The stocks have risen over 24.50% over the past month.