What Entertainment Stocks to Buy in 2021?

What Entertainment Stocks to Buy in 2021? 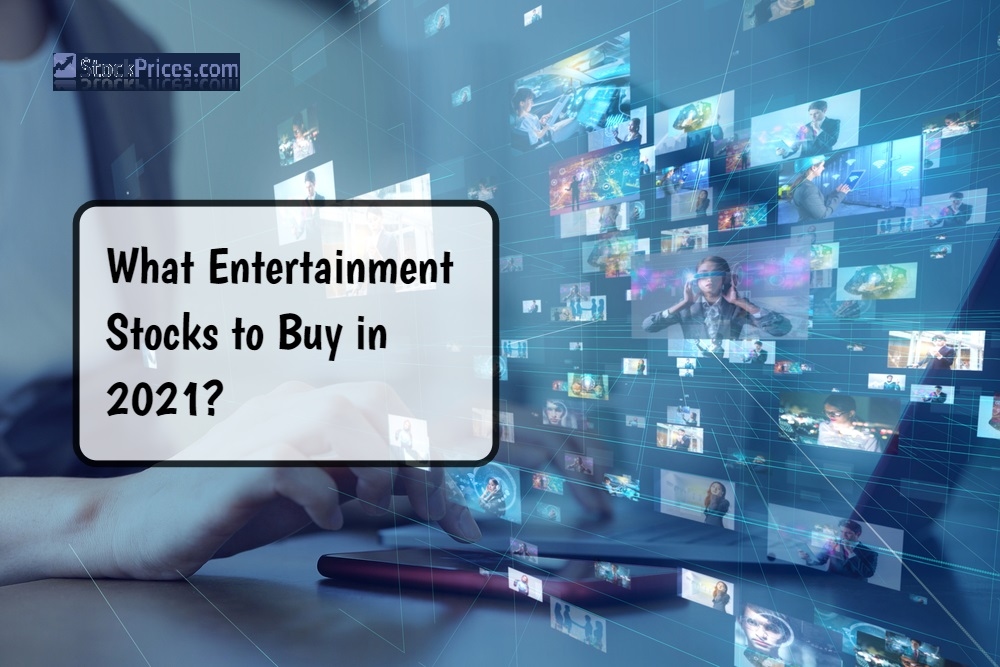 With an exponentially increasing number of consumers, the entertainment industry is one of the fastest-growing industries in the stock market. The entertainment sector includes several different sub-sectors such as Music, Television, distribution, Concerts, Video games, media, and events.

For investors planning to enter the entertainment stock industry, it is vital to learn about the top companies and their subsidiaries and business details. This article will walk you through some of the top stocks in the entertainment sectors you can invest in for lucrative returns.

Among the various subsidiaries of Disney are Pixar, Hulu, Marvel Entertainment, ABC, Fox Entertainment, ESPN, Lucas Films, and many others. With its new Disney+ platform, it has secured its position in the OTT service platform. One of the biggest acquisitions by Disney was in March 2019, when the company acquired 21st Century Fox. This makes Disney one of the strongest stocks to purchase in the entertainment industry.

Discovery is one of the biggest media companies with a stronghold in lifestyle and factual television. The corporation was established in 1985 and is headquartered in New York. Discovery Inc. has several subsidiaries that operate in the media and entertainment industry including, Animal Planet, Euro sport, TLC, HGTV, Travel Channel, Seeker, Warner Media, The Food Network, and many more. Discovery Inc. has plans of a merger with AT&T, which will enable it to expand its direct-to-consumer efforts, with the addition of HBOMax to its arsenal. This merger can affect the entertainment stock prices of the company, which will give great returns to the investors.

ViacomCBS Inc. a result of a merger between the two global media companies Viacom and CBS in 2019. Together, ViacomCBS Inc. has various broadcasting networks that operate in different audience demographics and earn wide viewership from across the globe. The cable networks owned by ViacomCBS include Showtime, Nickelodeon, MTV, BET, and Comedy Central. In addition to its cable network, the company also has production houses, distribution networks, television stations, and other online digital streaming services. The company’s direct-to-customer service Paramount is set for launch this year, offering a great opportunity to expand its viewership in the business and help improve its entertainment stock prices. It generated total revenue of $32.8 Billion, with a market cap of $17.5 billion in the year 2020.

Speaking of direct-to-consumer services, Netflix is the world’s biggest DTC platform. With its streaming platform, Netflix offers a wide variety of TV shows and movies to consumers worldwide. The business started as a DVD rental service, in competition, with Blockbuster, the world’s biggest DVD rental service. The company soon overthrew Blockbuster for that title and became the world’s biggest direct-to-customer streaming service. The central source of revenue for Netflix is through its subscription-based streaming platform, which has over 207.64 million subscribers around the globe. Netflix has also produced and published its original TV series and movies with Hollywood's biggest directors, actors, and actresses. Many of the Netflix original productions have gone on to receive multiple academy awards. Currently, Netflix has a market cap of $222.7 Billion and had a revenue of $25 Billion in 2020. With many shows lined up for 2021, Netflix entertainment stock prices might see positive growth.

Activision is a familiar name for anyone who has an interest in video games. The company Activision Blizzard results from a merger between Activision Inc. and Vivendi Games in the year 2008. The company has a massive following in the video game sectors, with multiple popular hit franchises including Call of Duty, Doom, World of Warcraft, and the addictive Candy Crush Saga. It’s leading in the field of interactive media.  The company dominates the global market for video games. With the launch of its star franchise Call of Duty into the multiplayer mobile gaming sector, the company has received many additional followers. Activision Blizzard generated revenue of $8.09 Billion in 2020 and a market cap of $75.06 Billion. With an impressive background and loyal following of supporters, the company focuses on the mobile and tablet gaming future and has a huge probability of success.

AT&T is the world’s leading telecommunication service provider, which also has a great future in the entertainment industry. It’s the world’s 3rd largest media conglomerate with a strong position in entertainment through its television networks and filmed TV. The biggest brands owned by AT&T include HBO, Warner Media, and several other electronics and telecommunication brands. AT&T got off to a rocky start in the entertainment sector after its DTC service HBOMax didn’t attract much viewership. However, with a slow progress rate and the addition of numerous popular franchises and titles, HBOMax is now showing a great possibility of success in the future.

Entertainment Stock Prices & Future of the Market Ahead

The entertainment industry is very diverse, with new developments in the business scenario every week. Investors should understand the business strategies and upcoming plans of the company before investing. There are several aspects that one must keep in mind to evaluate the performance of entertainment stock prices:

Size of the Company: Big companies like Disney and AT&T have the power to negotiate with the distributors and offer stability in their entertainment stock prices.

Diversification: One of the biggest deciding factors that can affect entertainment stock prices is the diversity in the service offered by companies. Investors buy stocks of the company that are available on different platforms and offer various content to its audiences.

Cash Reserves: The entertainment industry is susceptible to the performance of its movies and TV shows. Since production houses can lose a significant amount of money when a movie fails to perform, it is important to consider the balance sheet and the cash reserves of a company before investing.