Why Are Cannabis Stocks a Great Addition to Your Portfolio in 2021?

Why Are Cannabis Stocks a Great Addition to Your Portfolio in 2021? 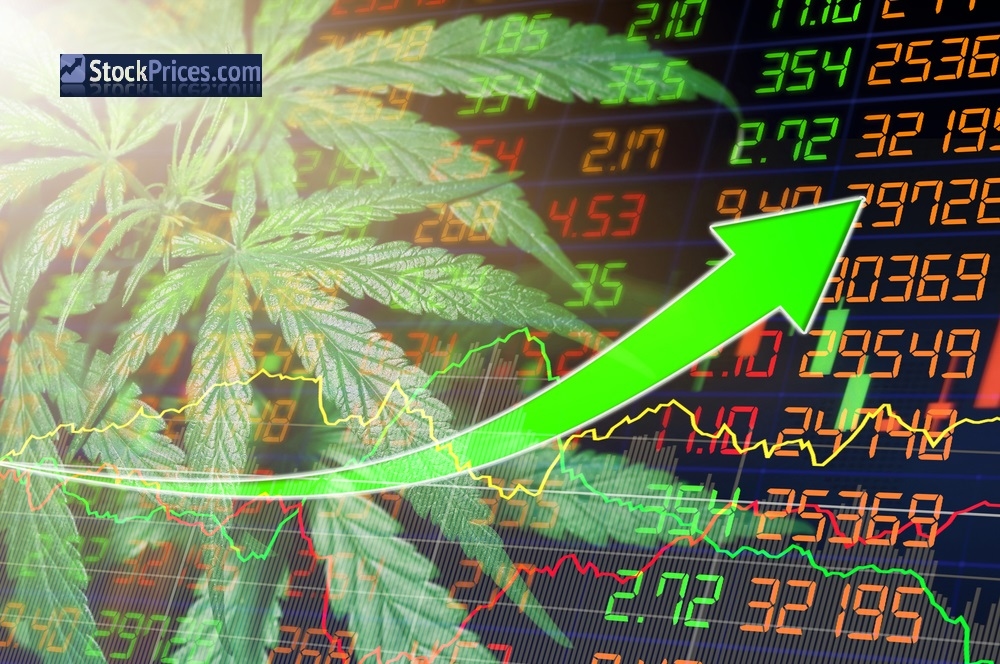 Businesses that sponsor or are involved in the developing, manufacturing, distribution, and commercialization of cannabis products make up the cannabis industry. Marijuana has increasingly gained wider popularity and has been authorized for recreational, medical, and other purposes in an increasing number of countries, provinces, and other territories.

Canopy Growth Corp. (CGC), Cronos Group Inc. (CRON), and Tilray Inc. are three of the largest cannabis firms operating in the US.

However, irrespective of the economic disruptions created by the Coronavirus outbreak, several major cannabis companies have started to report significant losses as they concentrate on building infrastructure to accelerate revenue in the coming years.

Countless investments are made in cannabis stocks and the possibilities that have arisen as a result of legalizing marijuana in Canada and a number of other jurisdictions throughout the United States.

The exponential rise of large-scale cannabis companies has reinforced the movement of investing in marijuana stocks. Businesses, which were formerly penny stocks, skyrocketed in value to hundreds of millions suddenly before crashing overnight. This phenomenon is called investing mania, where the momentum of investing in certain assets picks up, but as the clouds clear, the stocks go back down again.

A similar effect was witnessed with cryptocurrencies, as bitcoin and other tokens flew to incredible proportions and drew the attention of even the biggest investors. While the investing mania may work for someday traders, for meme stocks, however, investors need to do their due diligence before investing when it comes to investing in the cannabis industry.

Many states have adopted the use of hemp for medicinal or recreational activities in the last year, resulting in an increment in the number of secondary marijuana businesses. Many marijuana businesses concentrate on supply chain management, analytics, processing, and industrial equipment, along with other things.

Numerous marijuana investors think that 2021 will be a breakthrough year for the industry due to rising drug legislative changes as even more states have legalized the drug.

Here are some reasons why you should invest in marijuana stock to improve your portfolio substantially!

There is High Demand for Cannabis Derived Products

The cannabis sector has enjoyed consistent and significant customer demands, as demonstrated by the growth projections of several companies. Sales are rising in places like Arizona and California, where cannabis is allowed for both medical and recreational purposes. Throughout the pandemic and other restrictions, cannabis revenues have remained steady, with sales reportedly increasing across the United States.

One of the most vital indicators of a rise in demand for medical and recreational marijuana and its products is the change in people's perception. In addition to state and federal governments, which are working towards legalizing cannabis, the people have also had a change of heart in the past decade regarding the magical plant. What was once viewed as a dangerous drug is now seen at as means of finding relief in various medical ailments.  Studies have revealed that more than 50% of Americans today want cannabis to be legalized for medical or recreational purposes.

Cannabis sales are at an all-time high in the country, at $17.5 Billion, in 2020 despite the lockdown. The cannabis industry is one of the few industries that flourished during the coronavirus lockdown, with a 46% increase in revenue from the previous year.

As more and more states move to legalize the plant, 14 states allow recreational use of marijuana, and 34 states permit medical use of the plant. According to a report published by the BSDA, the majority of sales revenue in the cannabis industry comes from recreational markets such as Colorado, where sales reach $2.2 Billion in 2020, which is 26% higher than in 2019. Another prominent market for the cannabis industry in Oregon, where sales reached $1.1 Billion, a whopping 29% increase over the previous year. Among the largest contributors to the cannabis economy in the US are the states of California, Florida, Arizona, and Illinois.

The pandemic has also had a major role in increasing the sales and revenue of the cannabis industry in 2020. As per a survey by BSDA, 25% of consumers claim that their cannabis usage has increased during 2020.

However, due to the past status held by the plant, a majority of the cannabis business is not on the books and occurs in the black market. Consumers are moving from buying products from unregistered suppliers to licensed weed dispensaries. It is estimated that the total sales revenue from the illegitimate cannabis market is close to $100 billion every year.However, with the changing attitude of people and local governments, the outlook on cannabis is changing, bringing a vast majority of underground dealers and suppliers to register their business and go legitimate.

As a result, BSDA predicts the cannabis industry will surpass the craft beer industry by 2026 and will have an estimated sales revenue of over $41 Billion.

The cannabis industry has been on the rise for almost a whole decade, and people have been rallying to get the magical plant a legitimate status for a much longer time. However, since the last few years, more and more political leaders and states have taken a stand to acknowledge the benefits of the plant and pursue its legalizations. Currently, the cannabis industry in northern America is one of the strongest of any other continent on the planet.

With its utilization in medical, recreational, clothing, and even cosmetics, it looks like the cannabis industry is here to stay. As the infrastructure develops and companies grow, the cannabis stock market is expected to shoot up at unexpected rates.

Now is the best time to start investing in the cannabis industry for long term returns. First, however, investors should do their due diligence on the company they are investing in to understand their business and future plans.