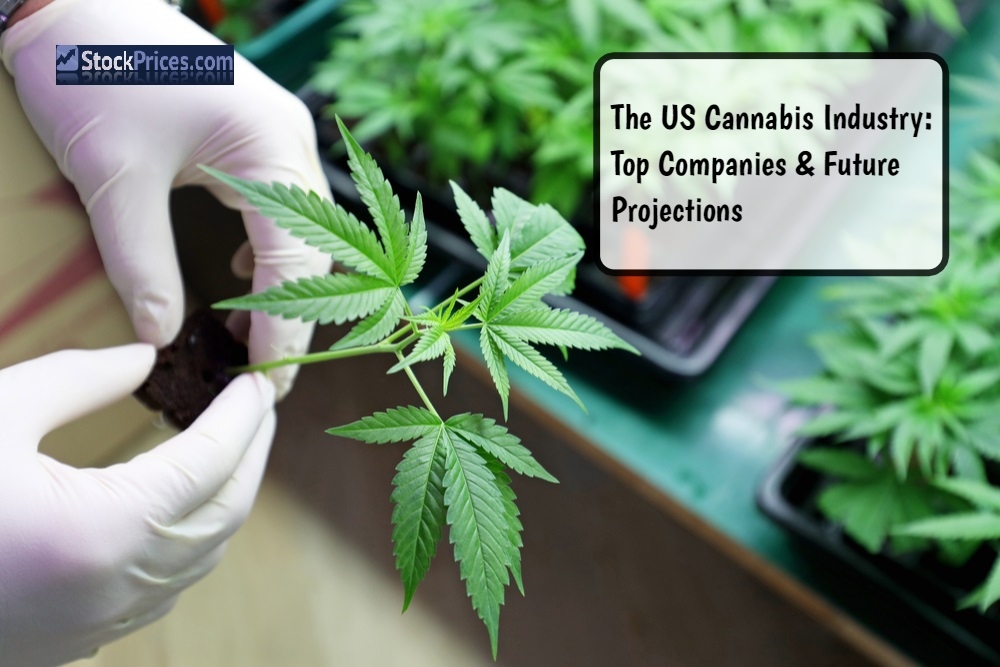 Cannabis and its products have long been considered dangerous and harmful by society. However, over the past few decades, people’s outlook on the cultivation and consumption of cannabis has changed a lot. With a vast majority of people realizing the medical benefits of the ancient plant, recreational and medical consumption of marijuana has become quite popular. Not just among the young population but among the older folks as well.

In 2020, the retail sales of medical marijuana in the U.S. amounted to a whopping $7.1 Billion, with an estimated 28,000 registered cannabis businesses in 2017. As the state and federal government amended the laws to decriminalize possession and consumption of marijuana, there's been a huge spike in the revenue generated from the Marijuana industry in the U.S.

Out of all the products derived from the plant, medical marijuana has received massive support from state senators, activists, and various investors. In a report published by New Frontier Data, the legal cannabis industry in the U.S. was evaluated at $13.6 Billion in 2019, whereas the illicit market stands at $64 Billion. With the current momentum of the industry and upcoming changes in the decriminalization of cannabis, by 2025, the industry could support an estimated 743,000 legal jobs in the U.S.

A survey released in 2021 indicated that close to 68% of Americans favor decriminalization of cannabis and support its medical and recreational use. With an increase in the number of states legalizing marijuana, the total number of states where recreational use of marijuana is legal has reached 34. Investors are pumping more money into businesses than ever, and the cannabis industry is receiving a much-needed boost. New business owners are stepping into the cultivation and mass production scene, with new stores popping up across the country.

As people recognize the medical benefits of marijuana, pharmaceutical companies and independent businesses are continuously creating safe and easily accessible products for people of all ages. Cannabidiol or CBD, a product derived from the cannabis plant without its psychoactive components, has proven excellent muscle relaxant abilities. Studies have revealed that people with Parkinson’s disease often use CBD to alleviate tremors. Marijuana has also proven to be quite effective in helping with nausea and weight loss. One of the most important breakthroughs in medical marijuana research is its ability to help patients suffering from PTSD.

Since California presented the revolutionary bill to legalize medical marijuana in 1996, there has been an enormous boom in the cannabis industry, with new players stepping in every year. With companies adopting modern technology to manufacture and sell their products, the revenue from the cannabis industry has risen exponentially. Below are some of the biggest companies in the industry that have seen remarkable progress and are showing great promise to become a brand worth investing in.

Founded in 2013, Charlotte’s Web Holdings is a family-owned producer and distributor of cannabis-based products, mainly CBD and other products derived from hemp extracts. The company is headquartered in Boulder, Colorado, and has a revenue of $87 million, with a market cap of $943.43 Million. The company grows non-GMO cannabis on their family farms, spread out over 3 million square feet across Colorado. The products made by Charlotte’s Web Holdings Inc. and its subsidiaries are available in over 80 locations across the USA. Some other products produced by the company include hemp oil, gummies, capsules, topical, isolates, and various other products.

KushCo Holdings was established in 2010 and is headquartered in Garden Grove, California. KushCo Holdings mainly produces essential medical marijuana products such as vaporizers, which they sell to other businesses and firms through the company’s website. Currently, the company operates three different subsidiaries and has a market cap of $249.75 million, with 5000 legal clients. The company had revenue of $140 million in 2020 and a net income of $8 million. As the company is starting to venture into retail markets for consumers, it is a promising stock candidate to invest your money for good returns.

Situated in Alberta, Canada, Aurora Cannabis Inc. is a cannabis producer operating in over 25 countries. The company produces 625 Kilograms of licensed cannabis every year with the help of its multiple productions and sales licenses. The company owns one of Canada’s largest stores for recreational marijuana, known as the West Edmonton Mall. Aurora Cannabis Inc. has several subsidiaries in the recreational and medical marijuana markets. The company has stores in over 60 locations and has a revenue and market cap of $248 Million and $8.01 Billion, respectively.

Cresco Labs is a vertically integrated company that cultivates, manufactures, and distributes cannabis and its products across the USA. Cresco Labs Inc. is headquartered in Chicago, Illinois, and operates in over ten states through its stores, production facilities, and dispensaries. Cresco Labs mainly manufactures consumer packages products that are categorized and sold through various subsidiaries and acquired brands. The company has a total revenue of $153 Million and a %5.84 Billion market cap.

Cannabis Industry in the U.S. — What the Future Holds?

Experts have claimed that the cannabis industry in the United States is expected to grow at a much steeper rate in the coming years. The cannabis industry has picked up momentum since President Joe Biden took office and disclosed his plans on decriminalizing marijuana. This comes as relief among many product consumers, giving rise to a much broader market. Another critical factor, which can enhance the industry’s size, is the influx of new investors and big corporate players entering the cannabis industry.

Technology has also played a crucial role in pushing the cultivation and production of cannabis and its related products. Cultivators adopt new and improved approaches that allow them to get higher yields or superior products in a lesser amount of time, increasing the possibility of higher production to tackle the increasing demand.

With state and federal policy reforms, the cannabis industry is looking at many changes in the coming future. As the government is planning to get more involved in regulating and monitoring the cannabis industry, there is a possibility of increased prices. On the other hand, new markets are opening up rapidly, making way for new businesses in the industry.