Top Automotive Stocks for a Bankable Investment in 2021

Top Automotive Stocks for a Bankable Investment in 2021 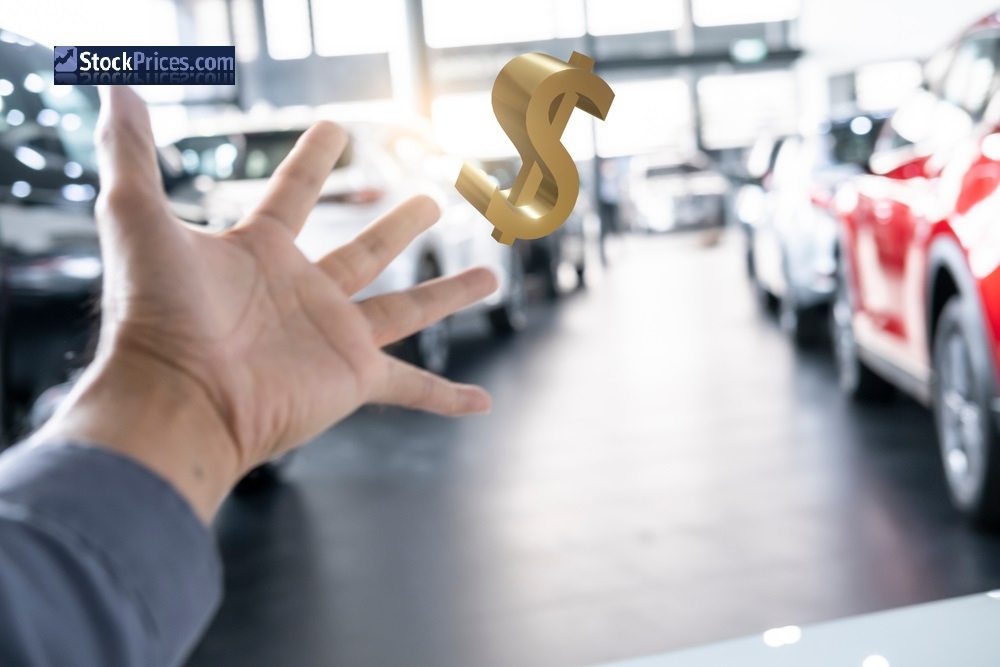 2021 looks like a ray of hope, offering an opportunity to car manufacturers to improve their sales and recover some of the losses they incurred in the previous year. It’s indeed the best time to invest in automotive stocks, as various companies in the market are showing impressive prospects in terms of their automotive stock prices.

Here are the top automotive stocks that you should consider investing in 2021:

Tesla Inc. is an American electric vehicle manufacturer. The company was founded in 2003 and is currently based in California, USA. Led by CEO Elon Musk, who also happens to be one of the world’s wealthiest people, Tesla is the world’s leading automotive company. The company only deals in electric vehicles, with four different models in its arsenal. Each car manufactured by Tesla has strong performance both on-road and in sales. Even in an economically weak year, Tesla managed to sell close to 500,000 total units globally in 2020 and attained a 35.8% increase than the previous year. Tesla had total revenue of $31.54 Billion in 2020 and a market cap of $582.52 Billion. The company plans to launch its new and improved Model S Plaid Plus sometime in the third quarter of 2021. With an increasing preference for high-performance electric vehicles, Tesla has many prospects for future growth and is among the best companies to invest in. Given its automotive stock prices, Tesla has the potential to give high returns to investors over the medium to long term.

The Ford Motor Company is one of the oldest automobile manufacturers in the world. The American automaker struggled to capture the market in 2020 because of the pandemic situation. But slowly, the market is preparing itself to revive the losses incurred. The company was founded in 1903 by pioneer Henry Ford. The company is headquartered in Michigan and operates all across the globe. The company has a revenue of $127.1 Billion in 2020 and holds a market cap of around $27 Billion. Ford has several iconic cars in its lineup that offer excellent prospects to increase sales figures in 2021. Some of the best vehicles in the Ford lineup include The F-Series Pickup Trucks, Ford Model T, Ford Mustang, and Ford Explorer. The company has geared up head-to-head with the leading electric vehicle manufacturer Tesla to launch the new all-electric F-150 Lightning. It also plans to go all-electric by the year 35 and already has several products in the pipeline. Investors have an excellent opportunity to gain high returns by acting now and investing in ford while the automotive stock prices are about to shoot up.

The Toyota Motor Corporation is a multinational car manufacturer founded in Japan. Toyota was established in 1937 and is one of the biggest car manufacturers in the world today. Several subsidiaries, including Lexus, Subaru, and Daihatsu, have a diversified business model. Toyota has a total revenue of a whopping $275,356 Million in 2020  and a market cap of $230.69 Billion as of May 2021. Toyota has several best-selling cars in its lineup including, Toyota Camry, Corolla, Land Cruiser, Yaris, Highlander, and the crowd’s favorite electric hybrid, Prius. Toyota was one of the early pioneers in the consumer electric vehicle market. However, due to a lack of innovation, the company has fallen behind its most prominent competitor Tesla Inc. The company plans to introduce several all-electric vehicles in the market by 2025, with two new models coming later this year. The company was able to increase its revenue from the previous year, even during the pandemic. Due to the company’s strong position, the automotive stock prices are projected to be stable in the coming years, and Toyota is a good investment stock for automotive enthusiasts.

General Motors is another legendary American automobile manufacturer that was founded in 1908. The company has multiple iconic subsidiaries including, Chevrolet, Cadillac, GMC, and Buick. The company also owns many other non-auto manufacturing companies and holds shares in many others. The company had total revenue of $122.5 Billion in 2020 and a market cap of $82.108 Billion. In November 2020, the company announced its plans to launch 30 new all-electric vehicles in the market and has invested close to $27 Billion for this venture. By 2025, the company is looking to gain a majority share in the EV market in the USA. Investors should look out for announcements on the vehicles General Motors have planned and keep an eye on company news before investing. Though the company is in a stable state to increase revenue, the pandemic has badly affected the company’s automotive stock prices.

Honda Motor Company is a Japanese automotive conglomerate that deals mainly in motorcycles, cars, lightweight pickup trucks, financial services, and power equipment worldwide. The company has a market of 56.625 Billion USD in 2021. The company is leading in innovation and quality and operates in over 150 countries around the world. Honda Motor Co. is planning to shift its focus to electric vehicles and increase its dividend. Earlier in 2021, Honda promoted their R&D lead, Toshihiro Mibe, to CEO. These new changes can bring promising benefits to investors in the coming years with higher returns on their automotive stock prices.

Other automotive companies such as Ferrari, Volkswagen, NIO Inc. are also showing great promise of an increase in automotive stock prices. As the world enters a new era, most auto manufacturers focus on the electric vehicle market. In 2021, investors need to fully understand companies’ plans regarding electric vehicles before making their investment decisions.