Overview Of The Consumer Price Index For February

Overview Of The Consumer Price Index For February 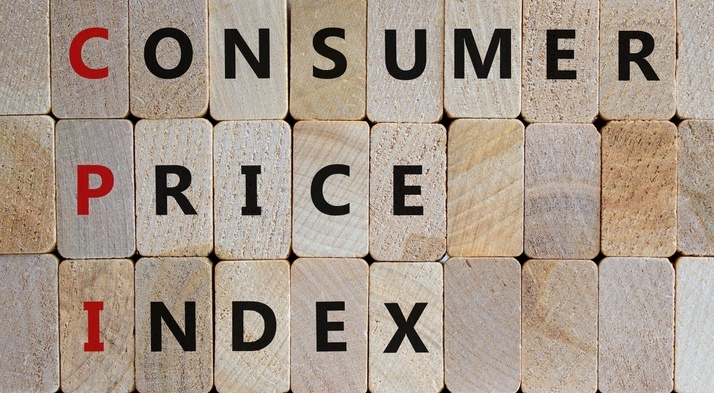 The Consumer Price Index for February saw a big growth of 0.8%. There was a growth in gasoline costs of more than 6.5% that accounted for most of the increase in the index. The same prices had seen a decrease of more than 0.7% in the previous month. The cost of food and home food consumption also increased by more than a single percent. The costs for vegetables and food grew by the most since March a couple of years ago. The increase in the prices of dairy and related products was the biggest in more than ten years. A lot of the growth in the so-called core Consumer Price Index for February was because of an increase in shelter costs, such as rental accommodation, motel, and hotel rooms. The prices of rent increased by more than 0.5%. This was the highest increase in more than fifteen years.

The costs of rental cars remain high and keep the core CPI boosted for some more time. Users paid more for clothing and motor vehicle insurance. The flight costs increased by more than five percent as the steeply decreasing coronavirus infections increased the demand for travel. But the cost of new motor cars increased modestly while the cost of trucks and used vehicles declined. This shows that there has been a little easing of the pent-up demand. The Federal Reserve is still not expecting a recession despite the war in Ukraine, the stricter monetary policy, and the raging inflation. The demand for labor is high. There were eleven million job openings near-record at the start of the previous month. Households have more than two trillion dollars in excess savings right now.

President Joe Biden has pointed to the war between Russia and Ukraine as the major reason for the sudden increase in the costs. In a statement, he said, "Today's inflation report is a reminder that Americans' budgets are being stretched by price increases, and families are starting to feel the impacts of Putin's price hike. This month, a large contributor to inflation was an increase in gas and energy prices as markets reacted to Putin's aggressive actions. As I have said from the start, there will be costs at home as we impose crippling sanctions in response to Putin's unprovoked war. Still, Americans can know this: the costs we are imposing on Putin and his cronies are far more devastating than the costs we are facing."

The increase in the Consumer Price Index for February was the most seen in nearly forty years. This report marks more than four consecutive months of the CPI being more than 5.5%. But the growth was in line with what the experts had predicted. This has forced the citizens to shell up more to pay for their basic necessities such as gas, food, and rent. The inflation rate will also go up even more as the war between Russia and Ukraine is driving up the prices of commodities such as crude oil. The wide increase in the costs as reported by the Labor Department. The Consumer Price Index for February has resulted in the biggest annual growth in inflation in nearly half a century. The surging inflation was already a problem for the economy of the nation even before the war between Ukraine and Russia began a few weeks ago.

This can further diminish the popularity of the incumbent administration. The Federal Reserve is going to increase the interest rates from next week. Inflation is now more than three times the target set by the central bank. Experts are predicting that there may be more than six hikes in the interest rate this year. The households with lower incomes bear the brunt of such high inflation because they are spending more on gasoline and food. Blanke Schein Wealth Management chief investment officer Robert Schein said, "Thursday's inflation data is continued confirmation that inflation is not transitory and has not peaked. Thursday's data is for February, which does not account for the early March spike in oil prices. We believe there will be even stronger inflation reports over the coming months, which suggests that the Federal Reserve needs to accelerate its rate hike plans, even with the renewed uncertainty that has emerged from the crisis in Russia and Ukraine."

Bankrate chief financial analyst Greg McBride said, "Robust pay increases have been no match for the higher costs households are facing on rent, food, electricity, gasoline, and a pervasive list of both goods and services. The buying power of Americans is being squeezed more and more each day, and you see this reality reflected in the dour consumer sentiment readings."

The Consumer Price Index Does Not Completely Capture Oil Prices

The Consumer Price Index for February does not completely record the increase in the costs of oil after the war started between Russia and Ukraine. The costs of oil have increased by more than a fourth. The global benchmark Brent went to a high of more than thirteen years before reversing to a lower level. The United States of America and its allies have imposed a lot of sanctions on Russia. President Biden has also banned the imports of Russian oil into the country. The warring country is among the top three crude oil exporters on the planet. The country's gas costs are averaging at a record level of more than four dollars per gallon compared with a little more than three dollars in the previous month. President Biden has acknowledged the citizens' hardships from such high costs. But he blamed the prices on the actions of Russian President Vladimir Putin.

The increasing inflation is wiping out all the wage gains that had happened due to the shortage in the labor market. According to the Labor Department, the average hourly earnings declined on a year-on-year basis in the previous month. Moody's Analytics has said that inflation at the previous month's levels cost the average household nearly three hundred dollars per month. This was an increase of nearly twenty-five dollars from a couple of months ago. The experts are predicting that the annual rate of the Consumer Price Index will go above seven percent in the next few months. It will then seek to slow down in the period because the high readings from last spring will go out of the calculation. The shares on Wall Street were trading lower. The dollar grew against a basket of currencies. The US Treasury yields increased.

UniCredit chief international economist Daniel Vernazza said, "Due to the way rents are sampled in the CPI, resampling every six months, the index tends to lag other indicators such as the Zillow Observed Rent Index, suggesting CPI rents will likely continue to rise strongly for a while yet." Moody's Analytics senior economist Ryan Sweet said, "The cost to consumers is high. However, there are also reasons to be optimistic that consumers can weather a temporary spike in gasoline prices, as household balance sheets in the aggregate are in great shape. Gasoline spending as a share of total nominal consumption is low." Independent Advisor Alliance investment officer Chris Zaccarelli said, "Consumers' shock at rapidly rising gas prices at the pump will continue to put pressure on the Fed and policymakers to do something, anything, to slow down the speed at which prices everywhere are moving higher."

Inflation has been boosted by a transfer in spending from service to goods during the coronavirus pandemic. It is also because of the trillions of dollars in relief from the Federal Government. The resulting increase in demand is running against the constraints in the capacity as the spread of the virus has pushed innumerable workers out of the labor market. This has made it tougher to manufacture raw materials in factories and move the finished goods to the consumer. The Federal Reserve will look to control the high inflation by pushing in a series of hikes in this year's interest rates. They are expected to announce the first increase next week.